These three charts show New Orleans and the state as a whole topping the murder list: 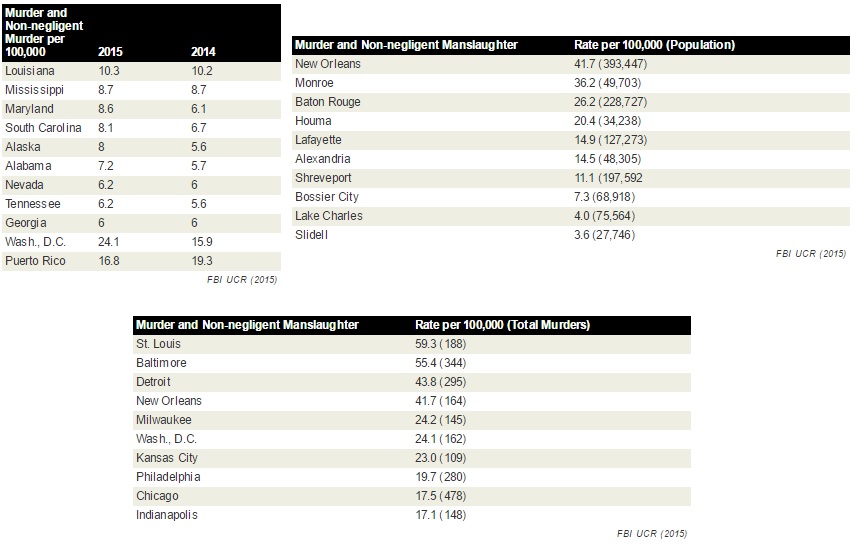 Meanwhile, GOP presidential nominee Donald Trump seems to have been proven correct when he says that crime is rising in the country and that law and order must be restored.

Despite opinions from media pundits, the FBI report found that overall crime in the country has risen.