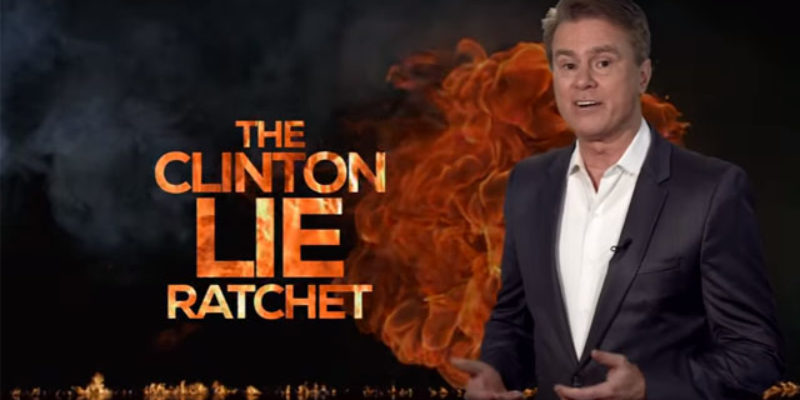 In this installment, Bill Whittle picks up on something we’ve touched on various times here at the Hayride and in my column at the American Spectator. Namely, that when it comes to the question of Hillary Clinton’s health you don’t need to know too much of the specifics about her medical diagnosis; much of that isn’t really your business anyway.

Which is to tell a lie to obfuscate something the public becomes interested in involving their actions. And then another lie to obfuscate things when the first lie is discovered. And on, and on, and on until there is no further fig leaf in front of the truth – but by that point they’ll either claim virtue in having survived or overcome whatever the bad conduct was which necessitated the lies in the first place, or to claim that conduct is “old news.” There is never candor nor confession, and there is never a full accounting of the actions as required in a transparent society.

Whittle notes the multitude of gradually terraced lies surrounding her e-mail scandal and how that’s a template for what will unfold with her health questions. Those he’ll specifically address in the next installment of the Firewall.