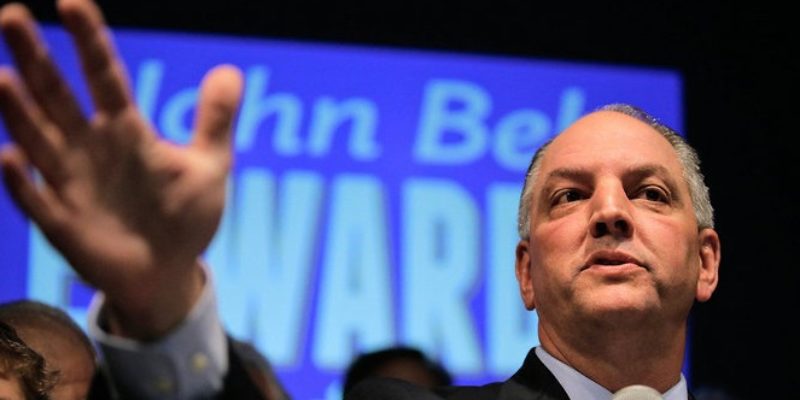 Gov. John Bel Edwards (D) has not even been in office for a full year yet and he’s already involved in what could be called a “Buddy system” pay-to-play scheme, an homage to former Attorney General Buddy Caldwell who used the office to give big payouts to his attorney friends.

Edwards has hired his donors and campaign consultants for a massive lawsuit against oil and gas companies, which could lead to a huge payout for those attorneys, according to an investigative report by The Advocate’s Gordon Russell.

The Edwards administration’s contract is with lawyer and former state Rep. Taylor Townsend of Natchitoches, who was a co-chairman of the governor’s transition team and now heads Edwards’ super PAC fundraising committee, Louisiana Families First. With the governor’s approval, Townsend then brought in six other attorneys as subcontractors.

Townsend, his law firm and affiliates and those of a team of six subcontracted attorneys combined to give the Edwards campaign and his transition team $130,000 last year.

And not only that, but Edwards could now be using the same “fee-sharing” tactics that got Caldwell ousted by Louisiana Attorney General Jeff Landry, who defeated him in last year’s election.

Even if Edwards succeeds in adding his hand-picked team to the cases, further controversy over how the outside lawyers will be paid may be looming.

The state’s contract calls for paying Townsend and his team $225 per hour, up to a maximum of $150,000. But then it envisions the lawyers negotiating additional payments — potentially big ones — from the defendants after a settlement.

The practice is called “fee-sharing,” and it was used by Caldwell in a process that critics, among them Melissa Landry, called the “Buddy system.”

So who exactly is on Edwards’ legal team? A bunch of insider-politics attorneys with buddy-buddy relationships with Edwards.