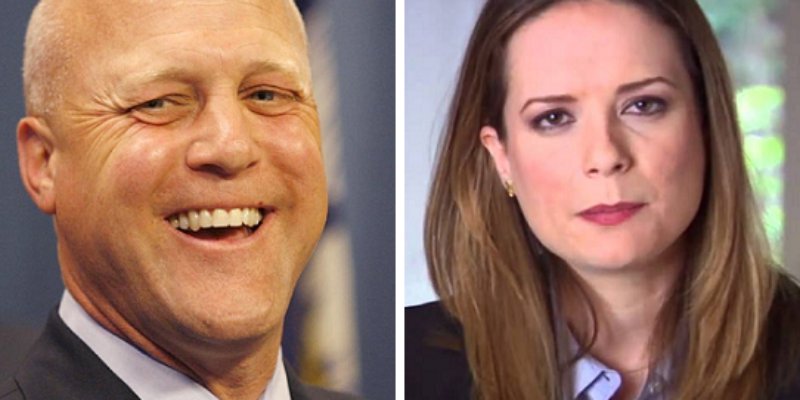 In no surprise to anyone inside politics, Mayor Mitch Landrieu of New Orleans threw his support behind attorney Caroline Fayard in the state’s US Senate, as the two Democrats’ families share a long history together.

Landrieu said in a statement that essentially, Fayard was the new Mary Landrieu, the mayor’s Democrat sister who was ousted from her Senate seat years ago by Sen. Bill Cassidy (R-LA).

“Caroline Fayard will fight for New Orleans and Louisiana,” Landrieu said. “She will bring new energy to Washington. Caroline will keep flood protection and coastal restoration a top priority.

“She also understands that investments in public safety and infrastructure will make our city and state stronger.  Lastly, I am confident she will also support public charter schools, which is vital to keeping our city and state moving forward.”

Fayard has been made out to be a centrist, though her political ties run deep into the left-wing of the Democratic Party.

As the Hayride reported, Fayard picked up plenty of Mary Landrieu’s old staffers for her campaign.

Ironically, a spokesman for Fayard said the announcement of the team was a sign that Fayard “represents a new generation of leadership for Louisiana,” despite the team being part of the old, Landrieu political guard.

On top of that, the Fayard family has a long history with the Landrieu political dynasty, as well as the Clintons.

And when Landrieu needed help with his re-election bid in 2013 as Mayor of New Orleans, Caroline and her father, Democrat mega-donor Calvin Fayard, were there to throw cash at the Landrieu machine.

EXCLUSIVE: Caroline Fayard Touts Herself As ‘Outsider,’ But Her Past Political Connections Scream Insider