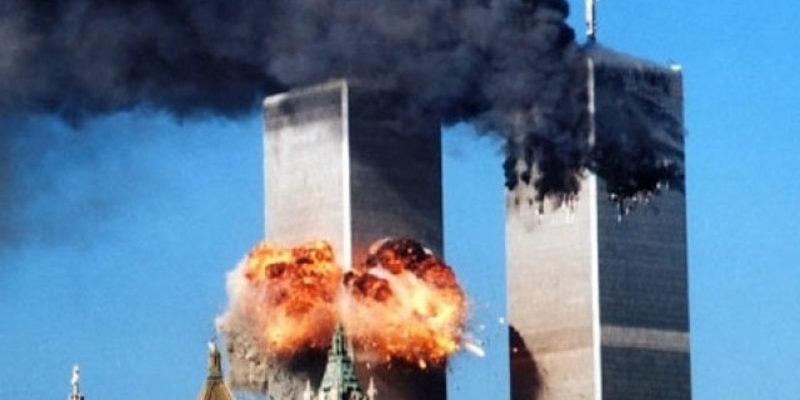 The Senate on Wednesday voted to override President Obama’s veto of a bill letting the victims of the 9/11 attacks sue Saudi Arabia, striking a blow to the president on foreign policy weeks before he leaves office.

Senate Minority Leader Harry Reid (D-Nev.) was the sole vote to sustain Obama’s veto. Not a single Democrat came to the Senate floor before the vote to argue in favor of Obama’s position.

Lawmakers don’t want to be seen as soft on punishing terrorist sponsors a few weeks before the election, at a time when voters are increasingly worried about radical Islamic terrorism in the wake of recent attacks in Manhattan, Minnesota and Orlando, Fla.

The House will take up the matter next, and Speaker Paul Ryan (R-Wis.) told reporters last week that he expects there be to enough votes for an override.

The legislation, sponsored by Senate Republican Whip John Cornyn (Texas) and Sen. Chuck Schumer (D-N.Y.), the third-ranking member of the Democratic leadership, would create an exception in the Foreign Sovereign Immunities Act to allow the victims of terrorism to sue foreign sponsors of attacks on U.S. soil.

It was crafted primarily at the urging of the families of victims of the Sept. 11, 2001, attacks who want to sue Saudi Arabian officials found to have links with the hijackers who flew planes into the World Trade Center and Pentagon.

It passed the Senate and House unanimously in May and September, respectively, but without roll-call votes.

When those 28 redacted pages of the congressional 9/11 report finally went public, and painted a picture of the level of assistance given to the 9/11 hijackers by people on the payroll of the Saudi government or, in fact, officials within the Saudi ruling class, this was inevitable. And you’ll have trouble making us believe that it wasn’t bribe money given to both sides of the political aisle in Washington that kept those pages under wraps all that time.

The involvement of the Saudi ruling class in supporting the 9/11 plot is a subject which absolutely belongs in an American federal court, and the money damages resulting from such a court case as a class action suit might generate could be very substantial.

Obama has sought to stave this off, he says because it will open the door to, say, American soldiers being sued over foreign operations. But that could very well happen as things stand now; his objection and veto were based on a spurious – and, frankly, suspicious, rationale giving rise to the old stories about how he managed to pay for Harvard Law School.

But that’s not even it. Saudi influence, bought and paid for in Washington, has been a major problem in the formulation of policy for decades. It’s so bad that our government won’t even recognize sharia law as a hostile doctrine to Western-style constitutional government, and it won’t even recognize that radical, jihadist Islam is, in fact, a threat emanating from a mainstream interpretation of the Quran.

So in offering that veto, he’s just purveying the typical Beltway bought wisdom. Unfortunately, though, the Senate and House have to get re-elected. And the Saudis don’t have enough money to buy the American people, who damn well want to see people who aided and abetted the 9/11 terrorists made to pay for what they’ve done.

And if that sours relations with the Saudis, outside of the pols they’ve greased over the years who really cares? Our “friendship” with them bought us a smoking hole where the World Trade Center used to stand. Sure, it could probably get worse where they’re concerned, but it’s better to have one’s knife wounds in the front than in the back.

Interested in more national news? We've got you covered! See More National News
Previous Article Another Example Of An Unhinged Loon Democrat Misbehaving In Public, This Time On A Plane With David Clarke
Next Article Armed With Favorable Poll Results, Fleming’s Camp Is Boasting They’ve Got The Momentum