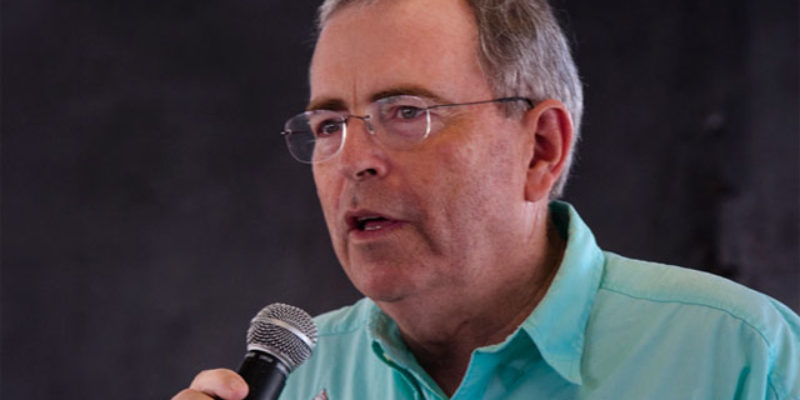 If you’ve been following the fireworks going on at the Louisiana Department of Wildlife And Fisheries, both with respect to the red snapper management controversy and the investigation into financial “mismanagement” that was purportedly afoot during previous DWF secretary Robert Barham’s time in office, a story yesterday by Patrick Bonin at the Louisiana Sportsman is well worth your time.

Bonin caught up with Barham, who is now an assistant secretary at the Office of State Parks under Lt. Governor Billy Nungesser after Gov. John Bel Edwards replaced him at DWF with former congressman Charlie Melancon at the beginning of the current term, and Barham has obviously had enough of the accusations being thrown his way about the department’s finances.

The charges being investigated essentially surround some $8.6 million spent by BP after the 2010 Gulf oil spill in order to enable DWF to set up a seafood testing program, and whether that $8.6 million was improperly spent. In August, when news broke about the investigation, it almost appeared as though the current folks in charge of DWF were attempting to promote problems with their own department in the media…

East Baton Rouge Parish District Attorney Hillar Moore confirmed to The Advocate that he had received a letter from Charlie Melancon, secretary of the Department of Wildlife and Fisheries, warning him that an investigation had uncovered possible criminal violations at the department. Moore said he wrote Melancon back seeking more information.

Moore said he could not provide copies of the letters to The Advocate because the investigation is ongoing. LaPolitics reported that Melancon’s letter said “there may have been misappropriation of public funds and assets by the previous administration of this agency.”

Toby Gascon, Melancon’s chief of staff, said he couldn’t divulge much about the probe. But he said that upon taking office, Melancon ordered a full review of spending with state-billed credit cards.

Since then, he said, new “checks and balances” have been instituted to guard against improper purchases, and the number of credit cards issued to Wildlife and Fisheries employees has been cut by half.

Barham stayed fairly quiet for a couple of months after the investigation got started, but now he’s had enough. And he let Melancon have it in his interview with Bonin…

“We have been, for lack of a better word, constrained by the normal rules of the legislative auditor and the work they did, but we were abiding by his rules — and some others were not,” said Barham, who served as secretary at the LDWF from 2008 until early this year. “And eventually we got tired of that, so I informed the legislative auditor that I was not going to adhere to it anymore and that I was willing to tell the press the other side of the story.”

“I don’t think they (the legislative auditor’s office) were spurred on independently. I think some people, for whatever reason, wanted this,” said Barham, who now works as an assistant secretary in the Office of State Parks. “You make your own decision there, but three years after a program ends and six years after the oil spill? And now it’s suddenly at the front?

“The timing is interesting.”

Here is Barham’s explanation of the circumstances the investigation covers…

Barham said he has met twice with investigators from the state auditor’s office for a total of about four hours, with much of the discussion concerning the original memorandum of understanding between the LDWF and BP that outlined a testing program to make sure seafood was safe to eat in the wake of the spill.

Audit investigators failed to understand that original MOU was just a starting point, he said.

“They took this first MOU that they got as the end-all, be-all agreement that would never be changed, which was ridiculous,” Barham explained. “The first MOU said BP was going to pay us $18 million for seafood safety testing. And they list a goal there of 2,000 tissue samples, but tissue sampling is not the only part of what’s done in a seafood safety test.

“When you’re out in the Gulf, there’s much more to it than just catching a fish and cutting a chunk out of it to ensure seafood safety. You’ve got  to be out there observing if you see any visible oil or sheen, you’ve got to see if you’re catching the right numbers of fish and are you catching the species you’d expect in a certain area? There are component parts to it above and beyond just tissue sampling.”

Barham said department biologists collected only about 1,000 samples, but pointed out BP never ended up paying the full amount proposed in the original MOU.

And most of the testing was completed only in the eastern part of the state — because that’s where the vast majority of the oil ended up, he said.

But, again, audit investigators pointed out the original MOU proposed equal testing across the coast.

“When that MOU was first written, we didn’t know where the oil was going,” Barham said. “That was prior to the oil evidencing itself as to where it was really going. It became clear that the oil was showing up primarily in the east, a little bit in the central and almost nothing in the west.

“So it would be logical that in the eastern zone — which is where 75 or 80 percent of the marketable seafood that goes into commerce comes from in Louisiana — would be where we would do our primary sampling.”

Barham said that, while audit investigators were concerned about the department apparently not following the guidelines outlined in the original MOU, BP wasn’t.

“Do you think BP — who was paying out millions of dollars — would not have raised this issue if they hadn’t been satisfied?” he said. “Not only have they never raised a word, we were in constant communication with them.”

Barham did agree that some BP money was used on items the department wouldn’t have otherwise purchased, but he said all of the monetary issues raised in the audit come from BP money— not Louisiana taxpayer funds.

“And if we had not taken that money, it would have gone to some other state. Yes, we bought some boats and stuff that we probably otherwise would not have bought, but those boats are still here. We didn’t grind them up and sink them for reefs when the program ended.”

Barham noted that there haven’t been any arrests thus far despite the investigation going on for several months, which he takes to mean there never will be. He implies that the entire investigation was brought in an effort to delegitimize the department’s work so that current management might have a free hand to operate, as if it were in crisis.

And for good measure, Barham weighed in on the red snapper management issue, which we covered at the Hayride here, with a money quote…

“It’s really unexplainable to me. How in the world can the governor have publicly stated on multiple times his position — which is what we were espousing, state management? We can do it better than the Feds,” Barham said. “We proved that in federal court, even — we can do it better. How can the governor be saying that’s his position, when his administrator of the department charged with that has taken the exact opposite position?

“It’s unexplainable. I shake my head. I just don’t understand it.”

Barham’s boldness seems to indicate a shift in the momentum with respect to controversies surrounding Melancon’s tenure as the head of DWF. He’s clearly becoming a political problem for Edwards, and one wonders how much longer he’ll be in office.