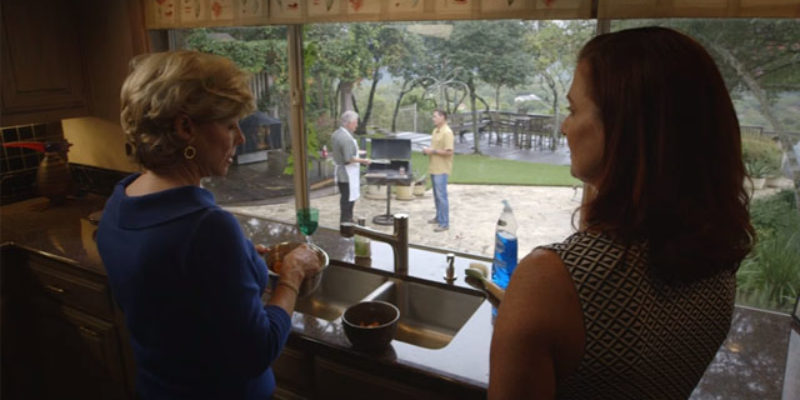 Gerald Daugherty is a Republican on the Travis County Commission in Texas, which is the county Austin is in. He’s positioning himself as a policy wonk and a problem solver, which is something that isn’t easy to sell in a 30-second or 60-second spot without making viewers tune out.

Daugherty’s campaign pulled it off, though, by cutting a spot that views like a scene from Parks & Recreation – in which Daugherty the policy wonk prattles on about tax-rate minutiae, jail overcrowding, mass transportation and 18-wheelers spewing fumes into neighborhoods while doing things around the house with his wife.

And she implores the voters to please, please re-elect him so that he can fill his time working on policy at the county commission and not driving her crazy at home with it.

There’s a lot to this beyond the entertainment value, which is exceptional for a political ad. The fact is that one problem with our increasing march toward central government is most of the things which matter on the local level are “in the weeds,” and make for pretty boring political issues. Daugherty’s ad makes a very good, if perhaps subliminal, case that one reason he’s best fit for re-election is he’s a guy who actually cares about and will work on those things in the weeds so that you’ll have a functional local government. We have a shortage of people who are both interested in and capable of fixing the “in the weeds” problems running for office, and as a result you have these problems constantly getting worse until such time as they negatively affect our quality of life.

And meanwhile we divert ourselves by arguing about things which are sexier and less substantive, and elect people based on those things as we become more politicized and less functional.

Daugherty’s campaign is artfully calling voters away from that trend, and asking that they choose competence and work ethic in a representative on the county commission – even if it might be a little boring.

Interested in more national news? We've got you covered! See More National News
Previous Article Watch This Video Of Newt Gingrich And Megyn Kelly Talking About Sex If You Want…
Next Article GIL: Clay Higgins Is A Serious Conservative