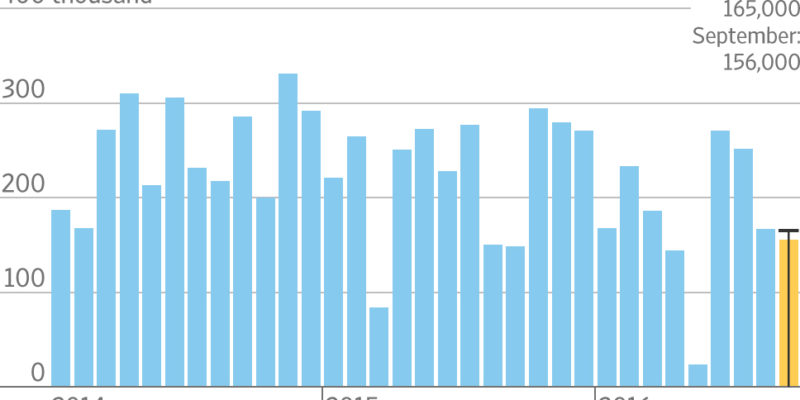 The U.S. economy added 150,000 jobs in September, down from the 167,000 (after being revised upward) jobs added in August. Economists were predicting, according to the Wall Street Journal, about 170,000 for October, and the lower numbers have caused unemployment to rise to 5% (up from 4.9%). It’s not terribly good news.

However, steady growth is something that two groups can be happy with: the Federal Reserve and the Clinton campaign.

I explained it over at RedState, so I hope you’ll read the full thing over there, but here are the highlights.

The other bit of news here is that the labor force participation rate has gone up slightly, and the true unemployment rate (counting people who aren’t currently looking for jobs along with those who are) is just shy of 10%, which is still not a good thing. However, those aren’t numbers that will get reported, are they?