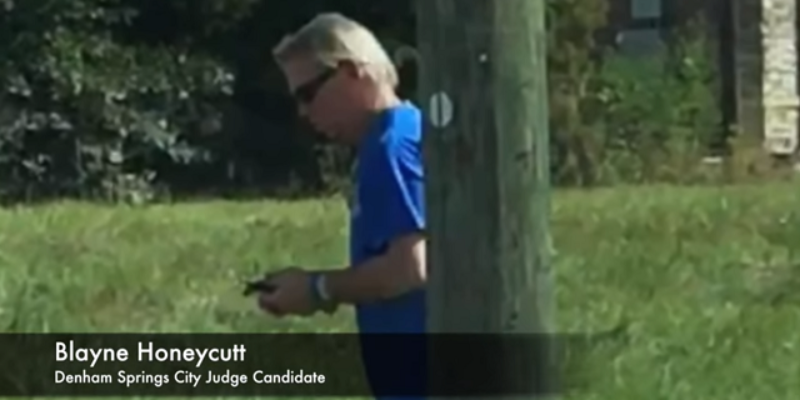 “Mr. Honeycutt’s brazen actions are an insult to the voters of Denham Springs,” Jerry Denton said in a statement. “As a candidate for judge, we’re held to a high standard of honor, integrity and respect for the constitutional rights of others. This type of behavior is unacceptable, insulting and reprehensible. Mr. Honeycutt showed a blatant disregard for the First Amendment and civil political discourse. There is no doubt that he has personally stooped to such desperate campaigning as it becomes clearer with each passing day that the voters of Denham Springs are rallying behind our campaign for city judge.”

Denton has contacted law enforcement and is in the process of filing a criminal complaint.

“Mr. Honeycutt, no one is above the law,” Denton continued. “You owe, and I demand, a full apology to the voters of Denham Springs. It’s ashamed that a man running for judge would show such poor judgement.”

Interested in more national news? We've got you covered! See More National News
Previous Article Would You Like A Quick Summary Of The Clinton-Jill McCabe-FBI Scandal?
Next Article Watch This Video Of Newt Gingrich And Megyn Kelly Talking About Sex If You Want…