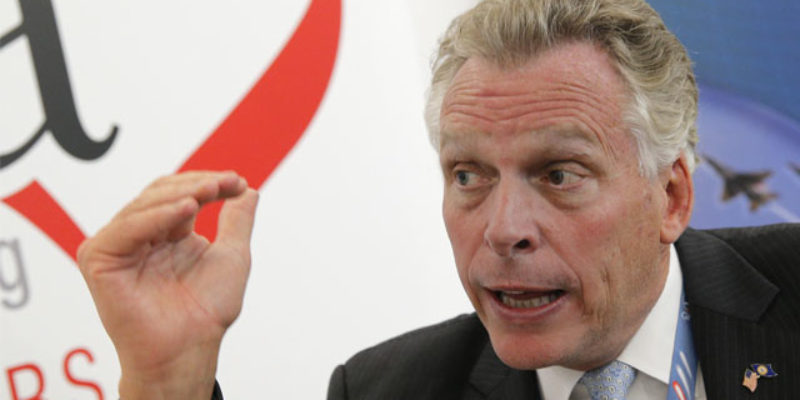 Here it is, very quickly:

1. The wife of a high-level FBI official decides to run for political office, which in and of itself carries distinctly odious undertones.

2. A longtime political money man connected to an individual who’s the target of a high-profile FBI investigation proceeds to shower said wife with more than $600,000 in campaign cash from a PAC he controls despite it being highly unlikely she would defeat the popular Republican incumbent against whom she’s running.

3. The FBI official in question is promoted to the #2 position in the Bureau.

4. The FBI proceeds to make a whitewash of the investigation into the high-profile target connected to the source of the FBI official’s wife’s campaign cash.

That’s what we have here. If you want the specifics, here’s how the Washington Examiner gives them, with the resulting fallout…

The FBI‘s second in command is facing pressure over donations Virginia Gov. Terry McAuliffe, a top Clinton ally, made to the official’s wife who was running an uphill battle against a popular conservative Northern Virginia state senator.

That senator, Dick Black, on Monday called for the resignation of Deputy FBI Director Andrew McCabe.

Black said that McCabe, who later oversaw the probe into the Hillary Rodham Clinton email scandal, should have known McAuliffe was one of Clinton’s closest advisers and friends and recused himself from the probe of the Democratic presidential candidate.

“I call on Andrew McCabe to step down from the FBI for the good of all the agents who do the their work in in ethical and honest fashion,” Black told Secrets. “What he has done has hurt the FBI.”

A McAuliffe spokesman told the Journal that the governor thought McCabe had a good chance to win, despite having little political background and running in the Loudoun County district that Black had previously won by 14 points. “Any insinuation that his support was tied to anything other than his desire to elect candidates who would help pass his agenda is ridiculous,” said the spokesman.

The FBI, meanwhile, told the Journal that McCabe “played no role, attended no events, and did not participate in fundraising or support of any kind. Months after the completion of her campaign, then-Associate Deputy Director McCabe was promoted to Deputy, where, in that position, he assumed for the first time, an oversight role in the investigation into Secretary Clinton’s emails.”

Why, you would have to be a conspiracy kook to believe that McCabe would have been bought with favors given to his wife and then put in a position to return those favors – right?

Northern Virginia is probably a fairly expensive place to run a political campaign, but does anyone really believe it was necessary to give over $600,000 for a state Senate seat? That seems a bit like overkill, no?

This goes on, and it is now public knowledge, and it’s not actionable by the American people.

Guess what, folks? That country you thought you lived in? It’s gone. You live in a banana republic now, and it’s just a matter of time before the shooting starts.

Interested in more national news? We've got you covered! See More National News
Previous Article The LABI Scorecard Is Out And… Our Republican Legislators Are A Disappointment.
Next Article VIDEO: Calvin Fayard’s Law Partner Destroys His Opponent’s Campaign Sign