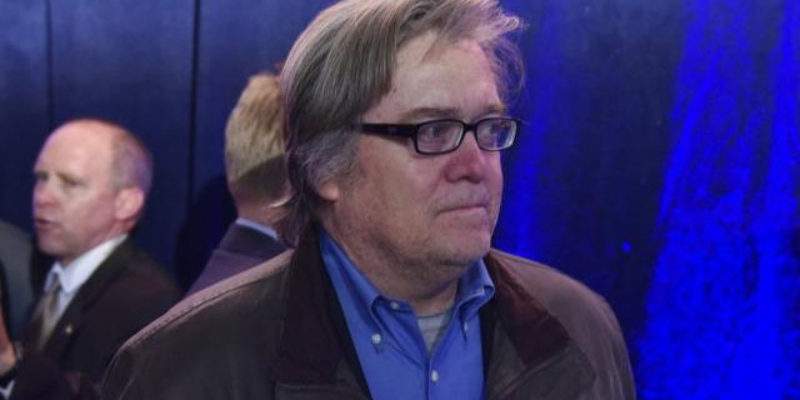 The only thing that I have ever heard about Steve Bannon is what has been stated in the media. Of course it is not in the context of news; no it, like everything else Republican, is in the context of an attack on Trump. This Politico story follows an interview of him by the Wall Street Journal (not even close to being a Trump loving outfit). What intrigues me is that I find that his words in this interview are polar opposite to the image that the media continues to create about him.

I don’t know if Bannon is a good guy or a bad guy; I do know that the media in this country has lost all credibility. Worse for them, they have lost their most important asset, an aura that surrounded news people because they were somehow above us, that they were honest and deep thinking, that we Americans could always trust them. The media, until the last few decades, had held a valued tradition as the watchdog for the people. During the last campaign they tried to hide behind that aura but because of the corrupting influence of blatant liberal bias the media has been exposed as phony. The aura is gone, the trust is gone. Sadly we now have nowhere to turn for the truth.

Now there is no difference between getting one’s news from a website of dubious background or from getting it the major news outlets. It’s all the same, tainted one way or the other on websites, while the major media is nothing more than a propaganda arm of the Democrat Party. I am disgusted and more than a little concerned.

So hooray for Bannon as he stands up to this disingenuous bunch of hypocrites. I may or may not agree with his politics (I really don’t know anything about them thanks to phony journalism!) but I absolutely appreciate his position on the mendacious media.