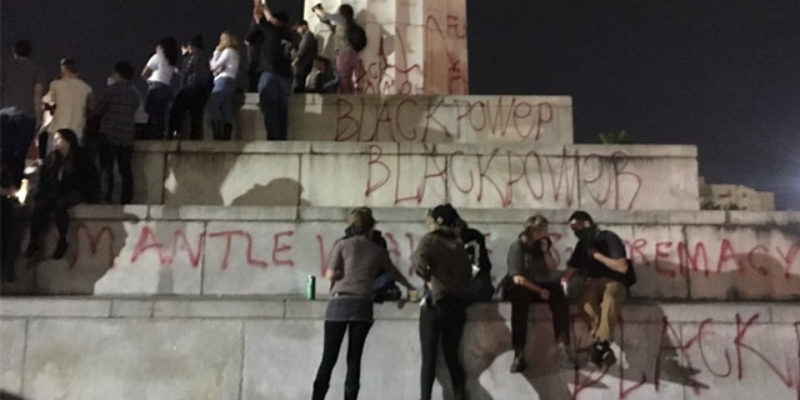 In November of 2008, the American conservative movement was rocked by the overwhelming victory of Barack Obama as the nation’s 44th President.

In that election, Obama was not bashful about his plans. He was the epitome of a liberal, calling for government action on healthcare, the environment, and the economy. Conservatives were reeling as the unsuccessful George W. Bush administration mercifully came to an end. However, they were also upset that the 2008 GOP presidential nominee Senator John McCain ran such an ineffective campaign. Only the spirited efforts of the dynamic vice presidential nominee, Governor Sarah Palin, gave conservatives any hope about the future.

At that time, the Congress was controlled by Democrats and the Republican President, George W. Bush, was leaving office during an ongoing war in Iraq and Afghanistan and record deficits. In addition, there was a serious financial crisis that almost destroyed the country’s economy. To fix the problem, the GOP administration advocated massive government bailouts to selected industries, such as automobile manufacturers, that was the antithesis of free market economics.

Not surprisingly, Obama won the election handily. Despite the doom and gloom, conservatives did not riot or destroy property and they certainly did not threaten the new President of the United States. Obama was given respect as our new President, even though conservatives totally disagreed with his very liberal agenda.

When the new President started pushing his very progressive policies such as Obamacare and the massive stimulus spending plan, conservatives decided to turn disappointment into political action.

Almost immediately after Obama’s inauguration as President, millions of conservatives around the country formed the grassroots organization known as the Tea Party. This political activity spread to groups organizing rallies across the country and an impressive political network was formed. It was the major reason that Americans gave control of Congress back to the GOP in 2010.

While the Tea Party suffered a setback in 2012 with the GOP nomination of moderate Mitt Romney, who lost the presidential race to Obama, there was enough of an organization remaining by 2014 to help the Republican Party take back control of the U.S. Senate. After years of inaction from Congress on the common sense political agenda outlined by the Tea Party, grassroots conservatives eventually found another outlet, the presidential campaign of Donald Trump, the ultimate outsider.

In effect, the Tea Party of 2009 was the initial phase of the political movement that elected Donald Trump as President of the United States in 2016.

After Trump’s surprise victory on Tuesday, some liberals have been understandably shell shocked. Thus, there is now a vigorous debate within the Democratic Party on how to move forward. Unfortunately, other liberal activists are taking another route, engaging in riots and committing violence.

In at least a dozen cities, such as New York, Chicago and Los Angeles, there have been protests about the new President-elect. While most protesters have been peaceful, others have smashed store windows, lit dumpster fires and firecrackers.

Even worse, there have been numerous reports of Trump supporters being attacked on the streets and even in schools. At some of these organized protests, demonstrators have yelled obscenities at the new President, sprayed graffiti on buildings and even engaged in property destruction.

For example, in New Orleans, crazed protesters defaced monuments and buildings, destroyed windows and placed a burning tire on the front steps of the Confederate Museum. Sadly, the police did nothing as these protesters sprayed “F*** Trump” and “Die Whites Die,” among other obscenities on the Robert E. Lee monument. The protesters even burned an effigy of Donald Trump and got into a fight with a Trump supporter.

These violent activities are an unacceptable response to the outcome of the presidential race. In 2008, when conservatives faced a similar beating at the polls, they did not resort to violence, they organized and formed a powerful political movement that eventually delivered the White House back to them.

After this election, too many liberals have acted like spoiled children, throwing a temper tantrum. For example, some misguided and brainless celebrities are vowing to leave the country, while others are claiming that Trump will not be “their President.”

To the Hollywood stars and other liberal fanatics so upset at Trump’s election victory, please leave the country. Enjoy the high taxes and socialized healthcare of Canada or the empty shelves at supermarkets in Venezuela.

However, unless you become a citizen of another country, Trump will still be your President, like it or not. He was elected by the people of this country and won an electoral vote landslide.

Liberals must come to their senses, deal with the political reality and stop this nonsense before more damage is done to our country’s political process.