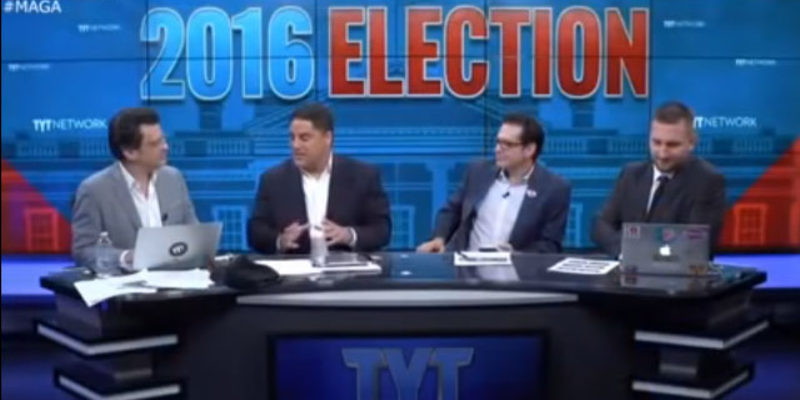 A few days back MacAoidh had a video of that Cenk Uygur dude goin’ through the Doug Band memo to show how crooked Hillary Clinton is. Y’all saw that, right?

Uygur, who’s the Young Turks guy, drilled it in pretty good about how bad the Clinton Foundation is and how crazy it would be to make Hillary president – although he never actually said that.

He musta gotten pounded pretty good by the lefties who watch the Young Turks, because by election night he was pretty firm behind Her.

And when things started goin’ belly-up for the Democrats, he and his crowd weren’t real happy.

In fact, their tears made for a wine that’ll put the muscatel we got down in Barataria Bay to shame. Deeeee-lishus!

Interested in more national news? We've got you covered! See More National News
Previous Article CROUERE: What A Difference Eight Years Makes
Next Article PRAGER U: Is Your Child Getting Enough Vitamin N?