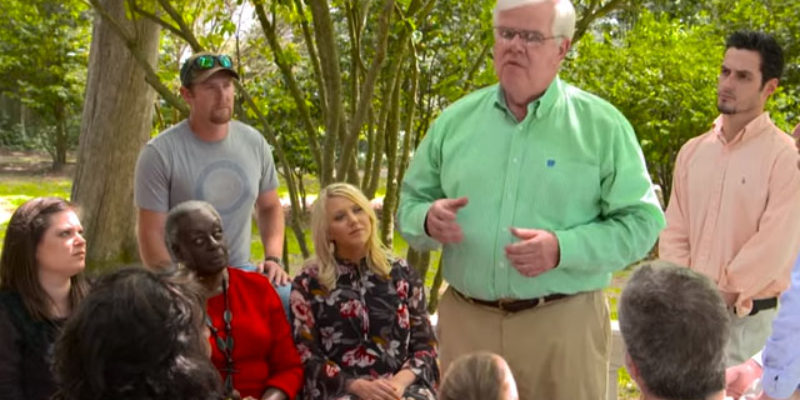 The Senate runoff between John Kennedy and Foster Campbell is more or less a foregone conclusion. All you have to do is look at the numbers from the primary.

Kennedy led Campbell 25 percent to 17 percent in the 24-candidate primary race. Total up the votes of Republican candidates, though, and you’ll see it comes to well more than 50 percent.

Charles Boustany was third with 15 percent. John Fleming was fifth with 11 percent. That’s 51 percent right there, but in addition Rob Maness had five percent, David Duke had three percent (though it’s probably not accurate to think all of Duke’s vote would go to Kennedy; some of it might well go to Campbell), and Donald “Crawdaddy” Crawford and Joseph Gao had one percent each.

That’s fairly close to 60 percent of the vote for candidates with “R’s” next to their names. And that’s in a presidential election cycle, which almost always brings out the most Democrat-friendly electorate possible in Louisiana. In the Dec. 10 runoff, you can expect lower turnout than the 63.9 percent figure Louisiana achieved on Nov. 8, and lower turnout usually means a whiter, older and more conservative electorate.

In other words, it’s over barring something unforeseen happening. Kennedy is going to win easily.

But don’t tell that to Johnathan Walczak, a leftist loon from New Orleans who’s hawking a book which intimates that New Orleans congressman Hale Boggs was murdered when he died in a 1972 plane crash in Alaska.

Here’s who Walczak is…

This is a critical moment in American history, folks. If you don't stand up, you are by default complicit in what is to come. #TrumpProtest

[John Bel] Edwards pulled off an upset in part because of Jindal’s failures, and in part because he ran against David Vitter, a less-than-charismatic politician tainted by a bygone prostitution scandal. But Edwards prevailed not only as an anti-Jindal and anti-Vitter. As an Army veteran with family law enforcement ties and a calm demeanor, he was a strong candidate in his own right.

Campbell, too, is a good bet; he has a wicked sense of humor and speaks plainly. During a recent debate, he rebutted false allegations of ties to ex-KKK leader David Duke, saying, “I have nothing in common with David Duke other than we’re probably breathing.”

Democrats who feel frustrated, fearful, and angry following Donald J. Trump’s upset win, listen up: Go donate $5 to Campbell’s campaign. If you’re in Louisiana, vote for him on Dec. 10. If you know someone in Louisiana, spread the word. Help raise money and awareness for Campbell.

Electing Foster Campbell is the most immediate way to rebuke President-elect Trump. A Campbell victory would mean a 51-49 split in the Senate. This is the last best way to make a difference in 2016.

Campbell is a fighter. During his career, he’s fought for ethics reform, lower energy rates for rural consumers, and for victims of domestic violence. Guided by a love of family and a deep-seated faith, he fights for the little man — and woman.

He can win. Repeat that over and over until you take action. The national Republican apparatus is gearing up to defeat him, and you can make a difference.

So because John Bel Edwards exploited Vitter’s dalliances with hookers to win a gubernatorial race, which in Louisiana’s history is much more commonly about personality than policy compared to congressional races, Campbell can beat Kennedy?

Where is Campbell’s dirt on Kennedy that will make the race less about how Louisiana will have more influence with two Republican senators in a GOP majority than one and more about scandal? If anything there is a lot more dirt out there on Bananas Foster than on Kennedy.

Read the whole thing. It offers up a good reason why despite Edwards’ black-swan event last year the Democrat Party isn’t returning to a governing majority in Louisiana anytime soon – too many people in it are completely nuts.

Interested in more national news? We've got you covered! See More National News
Previous Article The Much-Anticipated Wyoming Study Is Out, And The Fracking-Contaminates-Groundwater Myth Is Busted
Next Article CROUERE: What A Difference Eight Years Makes