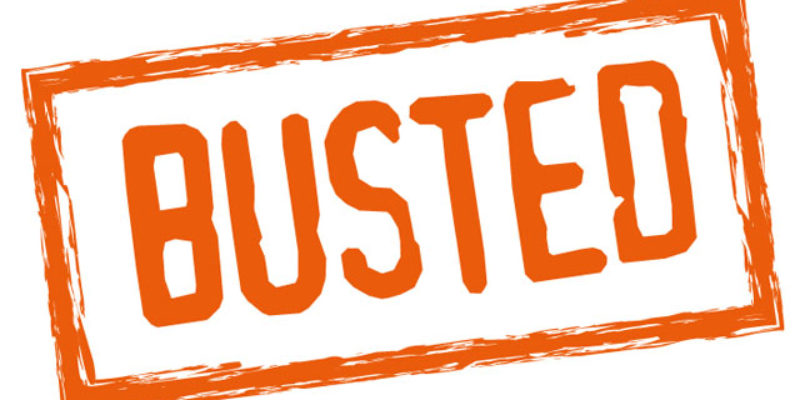 If you watched the sensationalist documentary Gasland and believed virtually anything in it, you might want to turn away from this post and go to your safe space.

It turns out that movie, which took great pains to warn of all the horrible effects hydraulic fracturing of shale formations to produce natural gas would have on the environment and specifically that methane would seep into the water table and poison the drinking water where fracking operations were taking place, was a fraud.

We know this because a two-year study by the Wyoming Department of Environmental Quality has been concluded, and – surprise! – the above was its conclusion.

A final state report released Thursday on foul-smelling well water in Wyoming contradicts an EPA report from five years ago that ignited a national backlash when it suggested hydraulic fracturing was the cause of the contamination.

Bacteria were more likely to blame for the problem in Pavillion than the oil and gas drilling process known as fracking, officials with the Wyoming Department of Environmental Quality said after a two-year study that was hailed by fracking advocates.

“Today’s announcement from the Wyoming DEQ doesn’t just close the case on Pavillion, it’s a knockout blow for activists who have tried to use Pavillion as a key talking point for their ban-fracking agenda,” said Randy Hildreth, Colorado director of Energy in Depth, an advocacy arm of the Independent Petroleum Association of America.

The EPA announced in 2011 that fracking likely caused the groundwater problems in Pavillion, a community spread among dozens of gas wells owned by Denver-based Encana Oil & Gas (USA) Inc. in the sparsely populated Wind River Basin.

The EPA draft report at the time stoked opposition to fracking, even as the process opened up major new oil and gas plays and drove down gasoline prices.

Wyoming Gov. Matt Mead, the petroleum industry and others cast doubt on the findings of the EPA, which never finalized its report and instead handed the investigation over to Wyoming officials to complete.

This conclusion wasn’t hard to reach. When drillers frack a shale formation,they do it 15,000 feet under the surface, which is 12,000 to 13,000 feet below the bottom of the deepest aquifer you’re going to find. Natural gas freed from a shale formation via fracking isn’t going to seep through 12,000 feet of rock.

It’s possible that a poorly-constructed well could leak into an aquifer. But the well would have to be incredibly poorly constructed for this to happen; the well pipe is encased in concrete all the way beyond the bottom of the lowest possible depth for the water table. Natural gas isn’t going to seep through a concrete casing, either – unless the company doing the casing is guilty of unbelievably poor work.

Like, as it happens, in the case of the people who built the EPA’s test wells in Wyoming used to determine whether fracking contaminates groundwater.

The AP story really doesn’t go into the level of detail we need to fully grasp what a debacle this is for the EPA. To get those sorts of facts you’ll want to see the analysis – complete with photos – over at Energy Indepth. Since the contaminants found in the test wells didn’t match anything going into the ground at the fracking site, the DEQ finally sent a camera down into the wells. What do you suppose they found? First of all, the EPA well was drilled in a defective fashion. The artificial materials in the well almost certainly came from the drilling process when the EPA dug the wells.

Second, the junk they allowed in there clogged the screens down at the base of the well. This allowed stagnant, standing water to build up at the bottom and it became infested with bacteria and biological agents. (As happens with any stagnant pools of water.) The bacterial infestation was what was causing the smell. The origin of the problem the EPA has been complaining about since 2011 was almost certainly caused by… you guessed it… the EPA.

If this reminds you of the debacle at the Gold King mine in Colorado, where the EPA’s meddling destroyed a whole river and turned it the color of orange juice by releasing contaminants into it, then you’re paying attention.

The abovementioned Randy Hildreth of the pro-oil and gas group Energy Indepth, offered up some worthy analysis of the Wyoming DEQ’s report…

Those criticisms from state and federal officials have focused on a pair of water-quality monitoring wells, drilled by the EPA, which were poorly constructed and likely introduced the very contaminants that some have tried to blame on fracking. Eventually, under the weight of these criticisms, the EPA backed down. The agency never submitted its draft report, released in late 2011, for peer review and handed the Pavillion case back to state regulators.

Later, the EPA completed a much larger nationwide study on hydraulic fracturing. Contrary to the claims of “ban fracking” activists, the EPA’s five-year study found no “widespread, systemic impacts to drinking water resources.” Today’s announcement from the WDEQ doesn’t just close the case on Pavillion – it’s a knock-out blow for the “ban fracking” agenda.

With the Pavillion investigation complete, WDEQ officials have also asked the EPA to plug and abandon those two faulty monitoring wells citing the “potential hazard they pose.” Also from the fact sheet:

“Recommend that the US Environmental Protection Agency (US EPA) plug and abandon the two monitoring wells constructed in 2010 in accordance with Wyoming Water Quality Rules and Regulations Chapter 26, due to the potential hazard they pose in relation to groundwater supplies and physical safety.”

Fracking is safe and it creates lots of wealth and jobs. It’s time the Left and their tree-hugging subsidiaries shut up and let America’s energy revolution fuel an economic recovery.