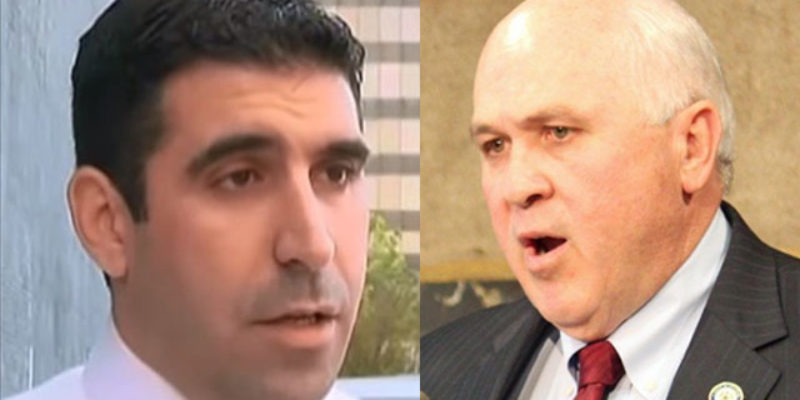 This is a pretty big deal, as Delgado’s vote is crucial to what looks like a razor-thin runoff between White and the Democrat, Sharon Weston Broome. From the press release…

Delgado said that even though they have had some disagreements in the past, White is the only one who can lead Baton Rouge into the future. “This election will be about leadership and experience. I believe that what is past is prologue. You can look at the past leadership of the two candidates for Mayor, and see what is in the future for Baton Rouge. You can look at the growth and development in Sen. White’s district and see our future growth and development as a parish. The same cannot be said for his opponent.”

White says he is honored to have the endorsement of Delgado. “John ran a tough race and it’s an honor to receive his endorsement. I look forward to working with John not only during this election, but in the future.”

East Baton Rouge went for Hillary Clinton by a 52-43 count last Tuesday, which would bode fairly well for Broome. But on the other hand, Broome and the other black Democrats in the race – Denise Marcelle, Greg LaFleur and Byron Sharper – combined for some 49 percent of the vote in the primary that night.

Assuming that whatever vote there would have been for one of the black Democrats in the mayor’s race and Trump on a split ticket would have been negligible, there would be somewhere between three and eight percent of the vote which went for Hillary or one of the minor presidential candidates and then White, Delgado, Smokie Bourgeois, Darrell Gissel or Rufus Craig (the Libertarian).

You could put that group down as “white liberals,” though that would be an overgeneralization. The question is whether very many of those will turn out on Dec. 10, and also whether that 49 percent of the vote will turn out at the same rate as the “non-black Democrat” vote will for the runoff – when the traditional December runoff electorate in Louisiana is almost always significantly older, whiter and more conservative.

White needs more than just Delgado’s endorsement. He needs Delgado to actively work to drive his support White’s way. Delgado’s eight percent of the vote is made up of a lot of social liberals and “Kip Holden Republicans” who generally find a way not to vote for conservative candidates, and he’s got to influence those people to vote with him.

That also goes for Bourgeois and Gissel, who had six percent each.

If White is able to get virtually all of those votes and the more favorable December electorate kicks in, he’ll be the next mayor.

Short of that, he may fall just shy of victory – and there might never be a Republican mayor of Baton Rouge again.

Interested in more news from Louisiana? We've got you covered! See More Louisiana News
Previous Article Roll Call: GOP Looks To Run Up The Score In Senate Runoff
Next Article HITHER AND YON: Democrats From All Over Are Harassing Louisiana’s Electors Pledged To Trump