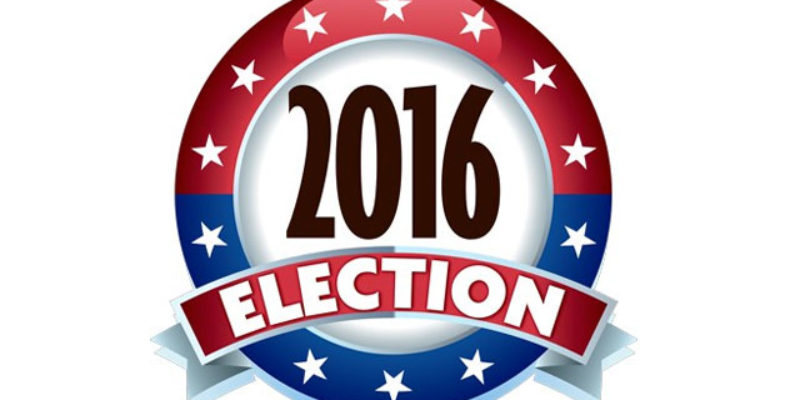 I keep getting asked to forecast what tonight is going to look like, and I keep resisting those who are asking.

To be honest, I’m tired of talking about this election. Since we started doing the Hayride in late 2009 this has been far and away the most unpleasant and discouraging year of the bunch, and what little faith I had in politics to improve the lives of ordinary people has been largely blown away by this presidential cycle.

I think the Democrats and the media manipulated the Republican Party to get exactly the opponent they wanted and the result they wanted, and I think the Republican Party, from top to bottom, stupidly played it out precisely the way the Clinton machine planned. And as a result I have very little faith in the GOP or the conservative movement right now; I think most of the people who call themselves conservative activists and political consultants are scam artists and if there was a just world the majority of them would never work in politics again.

And I think most of the voters out there right now might not be stupid people but they’re absolutely stupid voters, and I think the current American culture has been calibrated precisely to produce an electorate which is more like a mob than ever before in American history. Politics is now about who can best tickle the emotions of the mob, and had it not been for the Clinton machine rigging the Democrat primaries it’s entirely likely we’d be deciding between Donald Trump and Bernie Sanders for president – which is like deciding between Father Coughlin and Huey Long.

I think we have a real problem in this country, because as I commonly warn social conservatives it’s a bad idea to try to fight cultural battles in the political sphere; that’s how you get calumnized as wanting to invade everyone’s bedroom. But the problem is that the Left has weaponized the culture; the Left decided a long time ago to fight political battles in the culture, and their victory is almost total at this point. That fight isn’t over until somebody surrenders, but it sure would be nice if somebody on the Right would actually engage it.

Nominating Donald Trump, if that’s an attempt to bring culture into politics from a conservative perspective, is a stumbling, drunken failure regardless of whether he manages to pull an upset. After tonight there will be plenty of time to discuss the implications of what has happened on the future of the country, the conservative movement and the Republican Party. For now let’s just say that the conservative side is no further to solving its real problem than it was when Andrew Breitbart first outlined it in his famous formulation: “Politics is downstream from culture.”

We’re swimming in sewage that has come down the river, and nobody is smart enough to get out of the water and walk toward the problem up the riverbank, much less get in the boat and crank the motor.

So with all that said, here are the predictions you asked for.

President: Clinton, but not by a lot.

It was a foregone conclusion that the GOP wouldn’t win this cycle. When the party and its serious candidates failed to recognize the unelectability of Trump, and actually let him debauch the nomination, it represented the most egregious own-goal in American political history. Hillary Clinton is unelectable; she is hated by a majority of the American people and in fact nearly half of her own party recognizes she is thoroughly corrupt, dishonest, incompetent and devoid of any charm whatsoever. And yet the Republican Party stood by and allowed the mainstream media and crossover Democrat voters in early primaries create Trump as the frontrunner in the race for its nomination.

The only politician in America more hated than Hillary Clinton is Donald Trump. Anyone else would beat her tonight. Trump will lose.

But my guess is he won’t lose by a lot. It’ll actually be a close race and Hillary will win it with less than 50 percent of the popular vote (some 7-8 percent will go to the various hopeless third-party candidates), and with less than 300 electoral votes. In fact, it might very well be close enough that Trump will refuse to concede and plunge the country into the same atrocious acrimony that a similarly unfit hack, Al Gore, did in 2000. If I’m right, we’ll listen to Trump’s longtime fans pleasure themselves with the conceit that it wasn’t his idiotic Twitter bloviations or his stupidly impolitic statements, or the multiplicity of skeletons in his closet any one of which would kill the campaign of anyone running for so much as a city council seat, but rather vote fraud that turned the election.

A country which chooses Hillary Clinton and Donald Trump as its presidential finalists deserves that kind of fiasco for a electoral finale. I can’t predict anything other than the full shitshow.

There was a SurveyMonkey poll of the Louisiana Senate race released last week which had a Kennedy-Fayard top two, and at the time we disregarded it because it’s a SurveyMonkey poll and those are generally fairly lousy predictors of political races. But having talked to people in a number of the campaigns, I’ve got reason to think it might be correct.

The fact is that Fayard covered the airwaves in New Orleans with some 1000 points of TV running an ad that has Foster Campbell saying “I’m with Mr. Duke” in audio captured at an August campaign forum. She’s making a naked, and more or less completely dishonest, pitch for the black vote in New Orleans, and the reaction to the ad has generally been horror from others on the Democrat side. But word on the street is that the ad, plus a fortune in street money being laid down in New Orleans, has moved the needle – and Fayard is stealing that vote away from Campbell.

So that’s the expectation here. It’s possible that Fayard’s gambit will fall just short of success but will have mortally wounded Campbell, and if that happens don’t be shocked if Charles Boustany sneaks into the runoff with Kennedy.

Most of the congressional seats out there are uncontested or virtually so. Nobody is beating Steve Scalise or Garrett Graves, nobody’s even trying to beat Ralph Abraham, and Kip Holden’s challenge to Cedric Richmond has been, as has nearly everything Holden has done in the past decade, a joke. So we can dispense with those races out of hand.

Angelle has had every advantage possible in the 3rd District. He’s raised a large chunk of money from the same donor base he carried over from the governor’s race last year, he’s brought most of the political machine he inherited from Gov. Bobby Jindal into this race, and his opposition is a collection of candidates it can be fairly said aren’t ready for prime time.

That’s not an insult to Greg Ellison, Gus Rantz, Clay Higgins or Grover Rees. All of them have some merit, though Higgins looks a lot like somebody who’s trying to turn YouTube celebrity and conservative cultural status as the Cajun John Wayne into political power without doing much of the heavy lifting in the middle one ought to expect. But the problem is other than Higgins none of them have any name recognition or platform to get a message out from. They’re all first-time candidates, up against somebody who’s been running for office nonstop for decades. As such, what you have is a bit of a crabs-in-a-bucket scenario; none of the crabs ever get out of that bucket, because the others will pull one back if he’s too successful in his climb.

Higgins is the most likely one of the bunch to make the runoff only because he does have some name recognition. He’s also the one Angelle’s camp wants in the runoff. The question really seems to be why there will be a runoff in the first place given the lopsidedness of the race – and if Angelle isn’t well ahead of the field when the results come in tonight, it could be a sign that runoff will be a bit more interesting than people think.

In the 4th District, Jones – the Democrat – is lucky enough not to run much of a campaign at all. He’s riding on the fact that he’s the only Democrat in a field full of Republicans, and banking on having about a third of the vote fall into his lap. He’s also hoping that the Republican who emerges from that field is so badly cut up by internecine politics that he’s unable to unite the various factions in order to win.

Which is a good plan. It’s the plan which put John Bel Edwards into the governor’s mansion. The problem is he’s not going to get a Republican with the infirmities that Edwards had in David Vitter, and he’s also not going to get a Democrat-friendly runoff electorate. What it appears he’ll get is Johnson, who seems to be the Republican running in Louisiana with the most sincere and articulate message. Johnson has been Louisiana’s most passionate defender of full-spectrum conservatism, and he’s done so with grace and inclusiveness even while fighting bruising battles over things like religious freedom and abortion. Those things matter in northwest Louisiana, where “values voting” is still important – elsewhere in the state ideology no longer has much to offer to the electorate, which is why Trump won the Louisiana primary despite getting slaughtered by Ted Cruz in Johnson’s congressional district.

The other main Republican, Oliver Jenkins, could make things close. Jenkins just doesn’t have enough of a base to match Johnson’s, and the old-Shreveport vote he counts on will be split to an extent with Dr. Trey Baucum, likely the fourth-place finisher.

The last race I’ll predict in this post is a pretty obvious one. White and Broome have led in every poll, they’re the candidates who’ve raised and spent the most money, and they’ve got the largest bases of support: White, with suburban white voters in Zachary, Central and the unincorporated areas in the southern part of the parish, and Broome, with “non-radical” black voters (the Black Lives Matter crowd are supporting Denise Marcelle).

They’re likely going to separate themselves from Marcelle, John Delgado and Darryl Gissel; Delgado and Gissel are going to split the downtown and old-money white vote to an extent, which would keep either from making a real challenge to White.

Interested in more national news? We've got you covered! See More National News
Previous Article No, You Don’t Have To Get Out And Vote Today…
Next Article Nobody Knows Nothin’