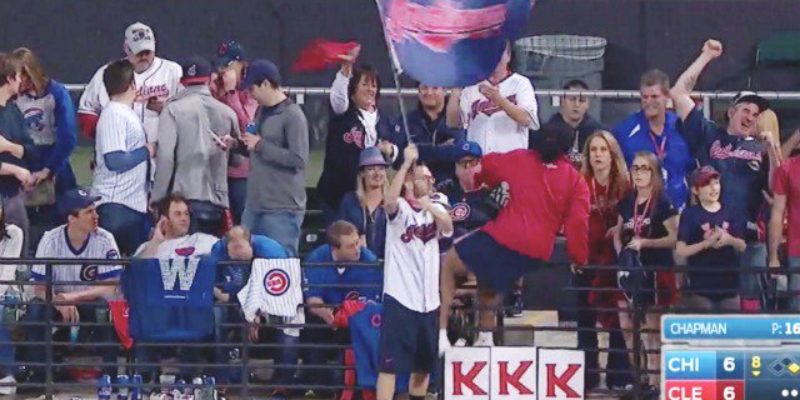 What I love most about the Internet is that all human knowledge can be found there. You can access it from your telephone, even. The problem, however, is that the sum of human knowledge can at times appear to be severely lacking. Case in point, the big KKK sign last night during Game 7 of the World Series.

Mediaite has more tweets like this here, and then they have to explain what exactly the KKK thing is. Namely, that it is not a signal that those fans are also fans of racial hatred and white supremacy, but rather the symbol for three strikeouts. In baseball statistics, a “K” is a strikeout.

The best part, however, is that the Mediaite author who originally posted the story also appears to have thought that it was a symbol of hatred and not baseball lingo. Sean Davis of The Federalist tweeted out this hilarious tidbit.