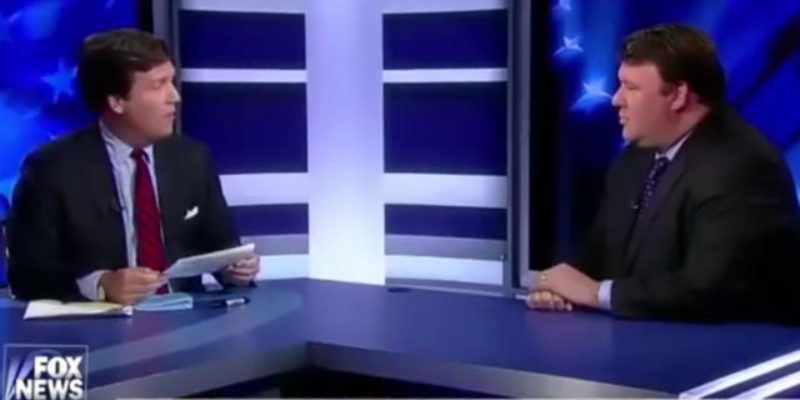 It seems like daily, Tucker Carlson’s new show on Fox News is the source for textbook deconstructions of leftist bias and magical thinking.

On Friday night, though, he might have had his best moment yet.

At issue was a piece written by Johnathan Allen of POLITICO, though he actually wrote it for Roll Call, trashing Donald Trump’s nominee for Attorney General Jeff Sessions. Allen’s piece, which was written before Sessions was nominated, essentially repeated every calumny offered on Sessions – calling him a racist “beyond the fringe” of American politics.

And Carlson took Allen to task. He didn’t yell or scream, though he did berate Allen subtly about the mean-spirited and unfair nature of his screed against Sessions, and wouldn’t let Allen get away with the weak arguments he offered in his own defense.

After watching as the usual debates on these shows turn into ridiculous and unintellectual food fights, it’s so refreshing to see Carlson engage in adult conversations and win them so decisively. He’s rapidly becoming a hero to the conservative side, and for good reason.

Interested in more national news? We've got you covered! See More National News
Previous Article New Poll Out On LA Senate And House Races Begs The Question: Is Scott Angelle The New Neil Riser?
Next Article UPDATED: Is LSU About To Make A Move On Tom Herman?