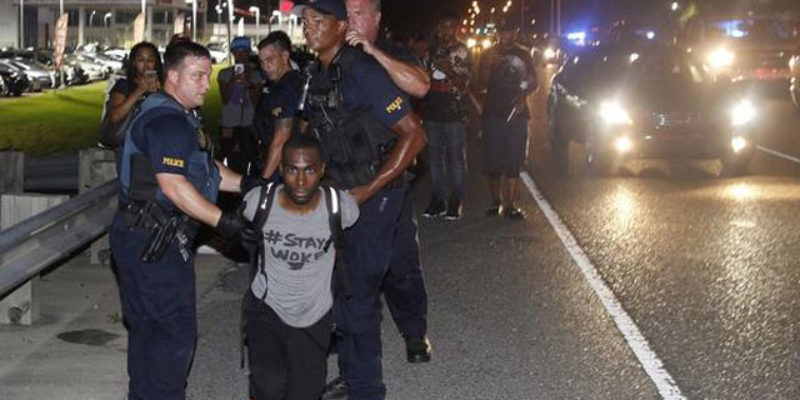 After a Baton Rouge Police officer shot and killed Alton Sterling in July, hundreds took to the city’s streets in protest. Now, City Hall will pay out a few hundred dollars apiece to more than 90 protesters, including Black Lives Matter activist DeRay Mckesson, who sued the city after their arrests.

The Metro Council voted Tuesday evening to approve the settlement in the federal class-action lawsuit. The settlement, about $100,000 in total, will be borne by four agencies paying no more than $25,000 each: the city government, Louisiana State Police, the East Baton Rouge Sheriff’s Office and the District Attorney’s Office.

Parish Attorney Lea Anne Batson said the city plans to pay $230 to each of the 92 plaintiffs in the lawsuit. The rest of the money under the $25,000 cap for the city-parish will go toward bonding fees, attorney’s fees and other costs, Batson said.

East Baton Rouge District Attorney Hillar Moore III had said his office will not prosecute Mckesson and the other protesters booked on misdemeanor counts of obstructing a highway. But the protesters’ lawsuit says Mckesson and the others were still required to post substantial bail, pay administrative fees and court costs in order to be released, and that they would have to pay more to have their arrests expunged.

Metro Councilman John Delgado was furious about the settlement payout, and was one of two on the 12-member body to vote against approving it.

“To me, this encourages that type of behavior to happen in the future,” Delgado said. “I have no interest in paying $100,000 in taxpayer dollars to people who are coming into our city to protest.”

There is a legitimate argument in favor of settling the suit, particularly if you can get away with doing so for $100,000. It will cost at least that much in legal fees to defend the suit; this is a way to make the thing go away as cheaply as possible.

That said, Delgado is correct – this encourages more morons to make a move for the interstate and attempt to block it the next time the Black Lives Matter crowd thinks they can milk current events for publicity.

And that’s right around the corner. In Monday’s Hither And Yon we talked about how the signs are already obvious that the Justice Department is going to recommend no charges for the two policemen involved in the Alton Sterling case, and the rabble-rousers are already making veiled threats about what’s going to happen. Paying these people go-away money is about as good a guarantee as you’ll get that they’ll be back for more when the DOJ’s report is released.

Interested in more news from Louisiana? We've got you covered! See More Louisiana News
Previous Article KAY: They Want To Raise Your Taxes To Pay For Roads, But They’re Wasting The Money They Already Have
Next Article New Poll Shows Clay Higgins With A Commanding Lead As The Race Gets Nastier