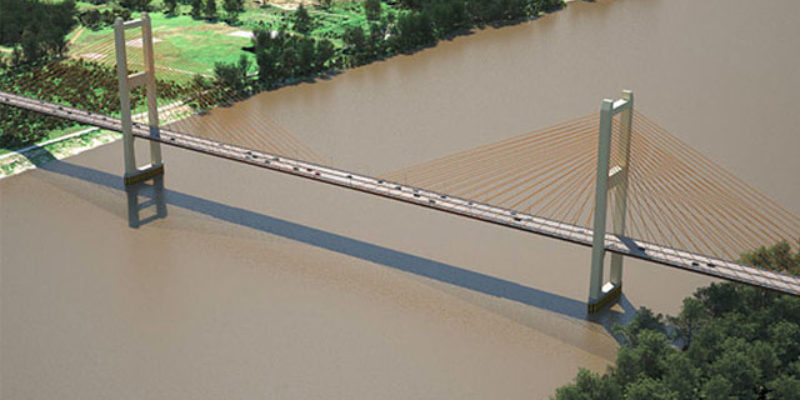 If you drive in Louisiana, now is the time to buckle up, because the state government wants to come for your money. Gov. John Bel Edwards’ recently organized transportation task force could soon call for new gas taxes and tolls to pay for roadwork.

But we’re already paying our fair share of taxes for road upkeep. Louisianans pay 39.3 cents per gallon in state and federal gas taxes — with 20 of those cents going to the state. Altogether, the state reaps around $600 million a year from gas taxes. Now some members of the transportation task force are calling to double those taxes.

Yet $600 million is already a huge amount of money. The problem is that it’s rarely used the way it should be.

A case in point is the Transportation Trust Fund (TTF), where the majority of our state gas tax dollars go. Although this money is supposed to go toward funding our roads, only 11 percent of the TTF budget in 2014 actually went toward road construction and repairs.

So where did the rest of those funds go? It either went to fund operations and administrative costs or got lost on waste, pork and projects that have little or nothing to do with our roads.

Fortunately, some of this funding is set to be discontinued, freeing up millions of dollars. But even when lawmakers have ample funding for transportation projects, they often don’t use it wisely.

Consider that a portion of our state’s gas tax was specifically created to fund the Transportation Infrastructure Model for Economic Development (TIMED) program. When the program launched in 1989, it was set to cost $1.4 billion for 16 road and bridge projects to be finished by 2004.

Flash forward to today. The TIMED project remains unfinished, while costs have ballooned to an estimated $5.2 billion. And of course, we’re still paying the tax.

To fund the ever-growing debt from this project, the state has been siphoning money from tax dollars that were meant to fund other transportation improvement projects. In 2015, the TIMED project raided a total of $21.6 million from unrelated funding. And according to some estimates, similar raids will be needed for the next 27 years.

This shows that Louisiana’s spending is out of control. Lawmakers need to focus on reigning in cost overruns and spending the taxes we already pay more wisely. Our gas taxes shouldn’t be hiked to fund never-ending projects, or to cover the mismanagement of state officials.

Rather than pour even more of our money down the gas tax drain, state and local budget planners should let us reap the benefits of low gas prices.

With gas prices currently down 40 cents from last year, Louisiana drivers are enjoying substantial savings at the pump, which puts more money in our pockets for other daily necessities or for savings. Every penny increase in the gas tax will cut into those savings. Worse yet, these gas taxes will be here to stay, even when gas prices go up, adding to the burden of filing up at the pump.

Improving our roads is a great idea, but it shouldn’t take decades or cost taxpayers billions in the process. Once our lawmakers clean up the inefficiency and misplaced money in the transportation budget, they’ll have no need to even consider raising taxes.