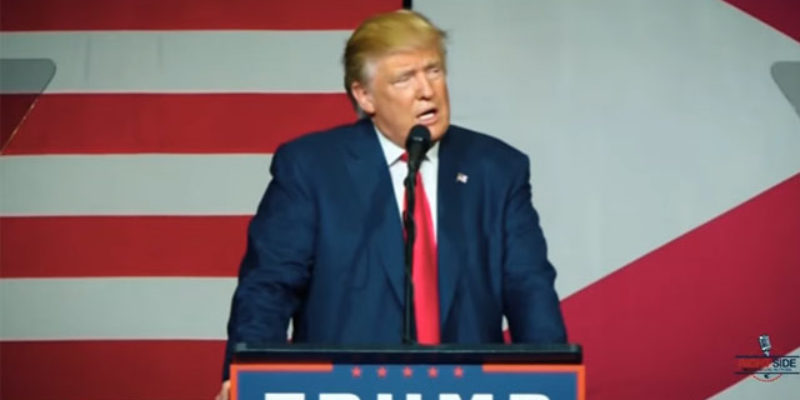 This is not really news, but some people are pretending that it is. Three Democrat electors are launching a campaign to encourage Republican electors to vote for someone other than Donald Trump.

Today, an organization called the Hamilton Electors announced a national effort to block Donald Trump from the Presidency by encouraging Electors from both red and blue states to deliberate, and unite behind an Reasonable Republican candidate for President. Hamilton Electors are patriots participating in the electoral process who believe that Presidential Electors are responsible for safeguarding our nation’s future and ensuring that the next President is the best person for the job.

“The next President needs to have the values that represent Americans.  I’m a former United States Marine.  Honor, courage, and commitment are absolutely ingrained into the fiber of my being, and I do not believe that Donald Trump has those values,” said Elector Michael Baca,  “The Founding Fathers created the Electoral College as the last line of defense, and I think we must do all that we can to ensure that we have a Reasonable Republican candidate who shares our American values.”

Elector Bret Chiafalo said, “As the Constitution was set up by our Founding Fathers, they designed the Electoral College as the last line of defense against an unfit President.  Alexander Hamilton said in Federalist 68, ‘The process of election affords a moral certainty, that the office of President will never fall to the lot of any man who is not in an eminent degree endowed with the requisite qualifications.’ So all we’re trying to do is honor what the Founding Fathers gave us.”

Former State Senator Polly Baca, who is also an Elector, today announced that she is joining the Hamilton Electors. “Because I love my country and am concerned about future generations, I believe it is imperative that those of us with a vote in the Electoral College exercise our moral responsibility to elect a qualified person to be President of the United States. The current candidate, Mr. Trump, has demonstrated that he is unfit to serve as President of our great nation.  As electors, we need to unite behind an alternative Hamilton Candidate for the sake of our nation.”

As Electors, the group’s objective is to honor Alexander Hamilton’s vision that the Electoral College should act as a Constitutional failsafe against those lacking requisite qualifications, ability, and virtue from becoming President. Guided by the Framers’ original intent, they are compelled this year to do their job as Electors, to put party aside, and to put America first.

“We want a conversation with all the other Electors about who is the best person for the job, and hopefully they will agree with us and come together around a ‘Hamilton Candidate’ that all Americans can call our President,” said Elector Bret Chiafalo.

Hamilton Electors is calling on all Americans of all political persuasions to join and show their support online at HamiltonElectors.com, in their communities, and at their statehouse on December 19 when the Electoral College officially meets.

We just don’t see this happening. On December 19th, Donald Trump will formally become president-elect and there probably won’t be very many faithless electors.

Interested in more national news? We've got you covered! See More National News
Previous Article WAGUESPACK: Are All Pledges Alike?
Next Article KAY: They Want To Raise Your Taxes To Pay For Roads, But They’re Wasting The Money They Already Have