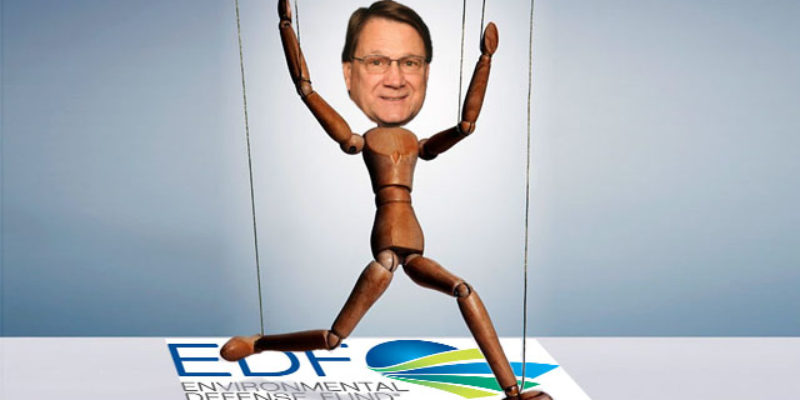 Charlie Melancon’s tenure as Wildlife and Fisheries Secretary has come to an end today. NOLA.com is reported that Melancon resigned today.

Charlie Melancon, a former U.S. congressman who has served since January as secretary of the Louisiana Department of Wildlife and Fisheries, has resigned from the position, a high-ranking source told NOLA.com | The Times-Picayune Wednesday afternoon.

The Governor’s Office would not confirm the move, nor say whether Melancon left on his own volition or was asked to step down, but Richard Carbo, communications director for Gov. John Bel Edwards, acknowledged much was happening in relation to the state agency.

“We can confirm that some changes are being made at the department, but at this time, we can’t comment on any personnel matters,” he said.

Melancon spent most of his brief tenure either pissing people off or running another typical Louisiana corruption scheme. The biggest issue that has arisen in Melancon’s tenure was his opposition to the state taking over red snapper fisheries from the Federal government.

Why would the state be opposed taking over red snapper jurisdiction from the Feds? Because as Scott wrote back in September, a JBE donor would be hurt.

That bill is not Sea Lord friendly as you might imagine, and there is opposition to it from Sea Lords. One of whom is a man named Steve Tomeny, of Port Fourchon – Tomeny holds himself out as a charter boat captain and has been one for a long time, but he’s also a major commercial fisherman and a defender of IFQ.

Which may or may not explain the opposition to Graves’ bill by Charlie Melancon, opposition which has made DWF into something of a laughingstock among the fishing community.

Congressman Garret Graves, who was leading the effort to return control of red snapper fisheries to the state, issued a statement thanking Melancon for his service but he made it clear was looking forward to the change in leadership. “We also look forward to working with the new secretary to ensure Louisiana remains the Sportsman’s Paradise.  The State of Louisiana has a remarkable record of sustainable wildlife and fisheries leadership.  We can build upon these successes by delegating management authority over larger areas of Gulf of Mexico fisheries.” said Graves in the statement.

DWF had become a laughing stock department in state government because of Charlie Melancon. He had to go and what better time to make the axe fall on Melancon than the week after the elections.

Interested in more news from Louisiana? We've got you covered! See More Louisiana News
Previous Article Only FEMA Would Spend $170,000 On Building And Installing A Mobile Home
Next Article F. King Alexander Still Doesn’t Get It