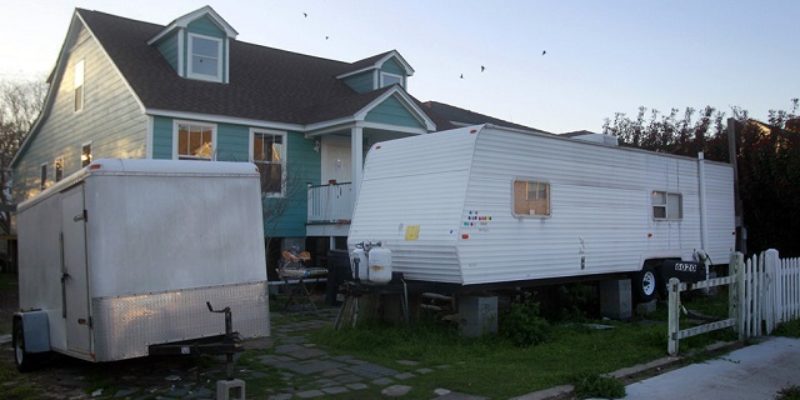 At this point, FEMA is just better off cutting a check to flood victims to buy an RV or even buy a house in some cases. FEMA is seemingly incapable of providing housing to victims of last summer’s flooding in anything resembling a timely or cost-efficient manner.

People are once again getting fed up with them.

For the amount of money FEMA is spending on temporary mobile homes for flood victims, the federal agency could buy displaced residents modest houses in some parts of Baton Rouge.

The Federal Emergency Management Agency is spending an estimated $129,200 for the purchase, transport and installation of each “manufactured housing unit” placed on the private property of a flood victim, according to a document provided to a Louisiana congressman. If the unit is placed in an already existing commercial park for mobile homes and travel trailers, then the cost increases to $149,000, because of the extra expense to lease the site pad. And if the mobile homes are placed in FEMA designated group sites, then the price can rise as high as $170,000.

Officials say the cost is infuriating. They note it’s more than double the market rate and argue a more cost-effective program could potentially yield the faster delivery of the mobile homes, which are in high demand and short supply four months after the flood. Some families that have been approved for the trailers might have to wait another month and a half to get into a unit, which are homes that range from one to three bedrooms and can be as big as 980 square feet.

If you’re wondering if it would be cheaper to just buy mobile homes off the lot, you’re correct.

Troy Davis, whose been in the manufactured housing industry for more than 30 years in Hammond, said he is familiar with the model home that FEMA uses for victims, which he described as a low-end mobile home. He said he could sell that particular model for $37,900, which would include delivery, “skirting” to cover the area around the elevated home, and air conditioning hook ups. He said the additional sewer and water connections would cost another $600. At that price point, he said, he’d still make a profit as a retailer.

[…]Davis added that the true cost of the FEMA model is likely around $20,000, and could reasonably be sold in bulk to the government for about $25,000.

Robert Chambers, general manager of a national company Factory Expo Home Centers, agreed. He estimated the retail price of a FEMA mobile home to be between $15,000 and $22,000 — particularly because they can be bought in bulk. He estimated hauling should cost about $6 a mile for freight, and that installation would cost about $2,000.

The reason why FEMA gets hosed on mobile home delivery is that they deal with middlemen who buy from retailers and then flip the homes to FEMA. Why doesn’t a government agency have sense enough to deal directly with manufacturers is an interesting question.

It seems the agency has learned nothing from the aftermath of Hurricane Katrina and once again Louisiana residents are paying the price.