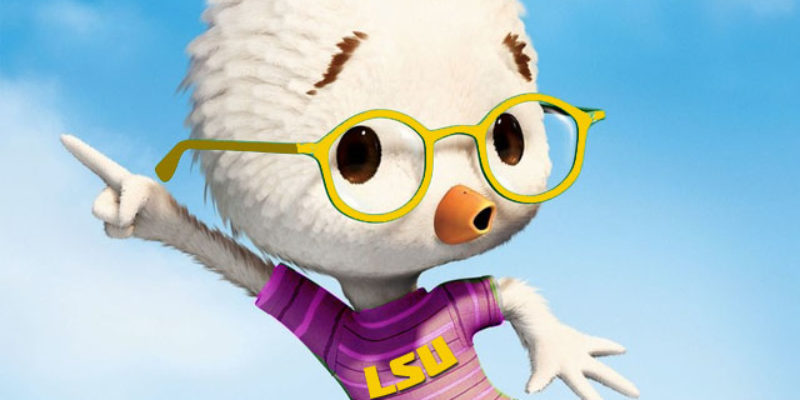 Did you see this yesterday?

LSU President King Alexander painted a stark picture Wednesday (Dec. 14) of what almost a decade of continuous budget cuts have done to Louisiana’s flagship university. He said the turmoil has scared off top-notch faculty members and possibly students.

LSU ranks 46th out of the 50 flagship state universities in the United States for spending per student. It’s 12th out of 14 in spending among universities in the Southeastern Conference, to put the ranking in athletic terms. LSU is spending one third of what the University of Tennessee spends on a student, Alexander told the Louisiana House Appropriations Committee.

“If you expect us to compete with Ohio State, fund us appropriately,” Alexander said. “We’ll do more with less. We’ve shown that.”

And yet the situation looks like it could get worse for LSU before it gets better. Gov. John Bel Edwards and the Legislature’s budget committees are expected Thursday to approve another $314 million in spending cuts that might include higher education.

Alexander does this “I’m just a poor boy” act every time he goes to the legislature, and it has more than exceeded its usefulness by now. The leges would happily give LSU more general fund appropriations, but there’s a shortage of cash in the general fund and the state budget is in deficit.

And the cockamamie threats, like that LSU won’t have a football team in the fall or that the university will go bankrupt, don’t improve things. They diminish his credibility.

The legislature is going to have to find $600 million in budget reductions to make ends meet in this fiscal year, because the $2 billion in taxes it raised didn’t materialize as it hoped. Shockingly, when you raise taxes you lower economic activity and you don’t bring in the revenue you anticipated. Needless to say it’s not exactly the best time to be asking the legislature for budget increases or even screaming about the effects of cuts. Doing that only publicly diminishes your product.

Alexander yesterday was lamenting the fact that the LSU football program was announcing the hiring of Matt Canada, its new offensive coordinator – Canada was a highly-sought-after commodity who turned down jobs at three different Power 5 conference programs before signing on at LSU – while losing faculty left and right. He attributed this to budget cuts. The budgetary situation might well have had an effect on the faculty exodus at LSU – but on the other hand, Alexander’s banging the drum about bankruptcy and the inability to maintain a quality university could also have had an effect, and the leges know it. The guess is many of them will be far less interested in Alexander’s problems if he were to admit that urinating on his own product has been less than helpful.

Your author knows this, because a Democrat legislator noted it less than a year ago during the last round of Alexander’s advocacy.

And then there is the business of TOPS getting cut…

Alexander also is concerned about LSU’s ability to retain top high school students from Louisiana. The cut to Louisiana’s publicly funded TOPS scholarship program might cause students who can get full-tuition scholarships to out-of-state schools to forego LSU, he said. The head of the Louisiana community college system, Monty Sullivan, said his institutions had already seen an uptick in the number of students with TOPS enrolling for the spring semester.

LSU’s main campus in Baton Rouge has seen a 3.5 percent reduction in spring semester enrollees from last year. Alexander said the school doesn’t yet know whether the drop is the result of the TOPS cut.

Students with TOPS will be expected to cover the bulk of their tuition costs in the spring semester for the first time in more than a decade, because the Legislature didn’t appropriate enough money in the current state budget.

LSU is most vulnerable to the changes in the TOPS program because a larger chunk of its student body is on TOPS than at other Louisiana institutions. Some of Louisiana’s smaller public schools — Northwestern State and the University of New Orleans — are providing their TOPS students’ full scholarships in the spring, regardless the cut in state funding.

It would cost LSU $30 million to fund its TOPS student fully in the spring. LSU can’t afford to do that without the state’s help, officials said.

The drop in LSU enrollment after the TOPS cut hasn’t been as bad as the school had feared. “It’s not as dramatic as we thought it might be,” Alexander said.

But he worries what is going to happen in the fall of 2017. He said schools such as the University of Alabama, Texas A&M and the University of Georgia are heavily recruiting Louisiana’s top high school students with merit scholarships. Arkansas is offering Louisiana residents the same, cheaper tuition rates as it does to Arkansas residents.

If TOPS isn’t fully funded next year, some of those students who would have gone to LSU might end up elsewhere for their freshman year. “The uncertainty of all this has the potential to drive our best and brightest out of the state,” Alexander said.

First of all, he’s admitting that the TOPS cut isn’t as big a factor in his enrollment as the Chicken Little scenario he painted, so there’s another example of the growing credibility issue with respect to his fearmongering. Second, the out-of-state universities who are trying to poach Louisiana’s best high school students are doing so in large measure because they’re flush with cash…not necessarily from their state general funds, but because they have an enormous number of out-of-state students who generally pay tuition at rates which make them cash cows for those universities.

LSU charges some $26,000 per year in out-of-state tuition. LSU’s per-student cost is about $12,000. The easiest way to resolve the funding issue at LSU is to get as many out-of-state students as possible, particularly when Houston, which has more college-ready high school seniors each year than the entire state of Louisiana, is four hours away.

Alabama’s student body is approaching 50 percent out-of-state students. LSU’s is 20 percent. And Alexander is a broken record at the state legislature attempting to secure funding which isn’t available and won’t be any time soon.

Frankly, this doesn’t look like good leadership. It looks like dogmatic cluelessness. It looks like LSU doesn’t have a man at the top with a viable plan for the future. And until something changes with respect to that, all you’ll hear from the state’s most visible public institution is doom, gloom and excuses for failure.

Interested in more news from Louisiana? We've got you covered! See More Louisiana News
Previous Article BREAKING: Charlie Melancon Ousted As Wildlife And Fisheries Secretary
Next Article Who Will Replace John Kennedy At Treasurer? A Bunch Of Legislators Are Gearing Up To Try