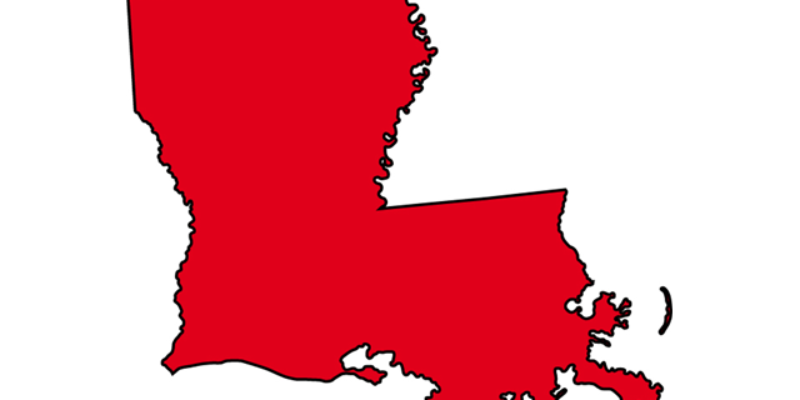 The over-under on John Kennedy’s margin of victory over Foster Campbell in the Louisiana Senate race, a victory which was always a foregone conclusion, had for many observers been an aggressive 60-40 split of the vote.

As it turned out, the over was the proper bet. Kennedy demolished Campbell, 61-39, in a race which was never particularly competitive despite a pouring-in of some $2.6 million in campaign contributions to the hapless Democrat during the runoff cycle. It’s a thrashing which has few matches in modern Louisiana senatorial election history.

Remember that for as vicious a beating as Bill Cassidy delivered to Mary Landrieu in 2014, the final score was just 56-44. When David Vitter clobbered Charlie Melancon in 2010, it was surely a rout – but Vitter’s margin in that 57-38 victory was 19 points, short of last night’s 22. Landrieu’s margin over Kennedy in 2008 was only 52-46. In fact, you have to go all the way back to 2004, when Vitter managed a 51-29 win over Chris John to capture the election in the primary, to find a 22-point win in a Senate race.

And as pronounced as Kennedy’s victory was, it paled in comparison to the 65-35 pounding Mike Johnson laid on Democrat Marshall Jones in the 4th District race. Jones’ campaign could best be described as “low-energy” and wasn’t a match for Johnson – a significant rising star in the GOP not just in Louisiana but nationally.

But the long and short of the results in those two races is an exposition of something which might have been in doubt after Vitter’s loss to John Bel Edwards, which is that Louisiana is a distinctly Republican state and it takes a very special set of circumstances for a Democrat to even be competitive in a multiparish race.

And Campbell, whose blowhard style and Longite socialist ideology which didn’t sell even as he attempted to morph it into Bernie Sanders leftist populism, was certainly not a contributor to special circumstances. Campbell is one of the worst candidates for statewide office ever presented in Louisiana, and he’s repellant to voters. He looks like an imbecile on television, says contradictory and nonsensical things on a constant basis, is rude and arrogant and displays a level of economic illiteracy that only a die-hard leftist could love. Kennedy didn’t really even troll Campbell on a level at which he’s capable in order to achieve that 22-point spread; Kennedy was content to largely coast to victory on the strength of some solid TV ads and a good ground game aided by the state GOP and the National Republican Senatorial Committee.

Kennedy also mentioned another theme of his campaign in his victory speech, when he congratulated Campbell AND Gov. John Bel Edwards, who endorsed him and raised him money, and also lent his entire political team to the effort, for running a good race. Because the 22-point clobbering of Campbell was very much a repudiation of Edwards which flies in the face of polls which show the governor in the high 50’s or low 60’s in terms of job approval.

Edwards put a good deal of his political capital on the line for Campbell. He endorsed him over Caroline Fayard, who was a decidedly more marketable candidate, and in doing so widened a split with the Landrieu family and Democrats in New Orleans which has been growing for some time. He stumped for Campbell and twisted arms to produce campaign cash for him. It’s been reported Edwards made calls to national Democrats pumping sunshine about Campbell’s chances to win.

Now that Campbell failed to even touch 40 percent, Edwards has a great deal of egg on his face. He goes into next year’s legislative session with a $600 million budget deficit to overcome and a Republican-majority legislature which has been given a clear signal by the voters, courtesy of Donald Trump’s 20-point smackdown of Hillary Clinton and Kennedy’s 22-point bombing of Campbell, that more taxes and more government are losers.

That approval rating the governor is so proud of brought with it no coattails whatsoever. Edwards now has blood in the water all around him. It’s a rough situation to be in for the next three years as the GOP considers the wisdom of consolidating behind one candidate to crush him in 2019.

As for Campbell, this should very well be the functional end of a long and undistinguished political career. He’s still a member of the Public Service Commission – what a dirge the Dec. 21 PSC meeting will be with Campbell and Scott Angelle on hand to lick their wounds! – but one imagines that position won’t likely hold great interest for him much longer. Campbell is vested in the state’s pension plan, but his PSC salary is only some $45,000 per year. What he needs, and it might be one last favor he can collect from Edwards, is for the governor to appoint him to some fancy position in state government which pays a hefty salary – and then, like Commissioner of Administration Jay Dardenne, Campbell can do that job for two years before retiring at 80 percent of his final salary.

As Campbell is already a rich man, this would be more a matter of prestige than money. But given the voters’ complete rejection of his bid for the Senate he might need some tribute to soothe the punctured balloon that is his ego.