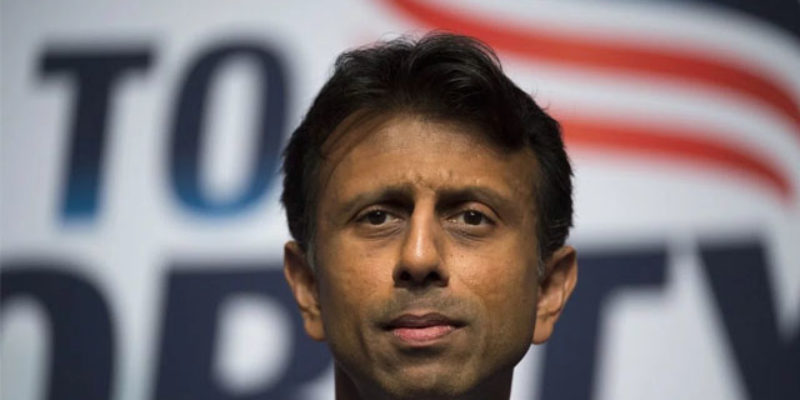 Let’s not put too fine a point on this: Clay Higgins absolutely shellacked Scott Angelle.

The final score of Higgins’ surprising victory in the LA-3 congressional race was 56-44, which was an amazing result given the disparity of resources, experience, name recognition and perceived skill of the two camps. Independent polling just before the election had Higgins with a 49-46 lead; he greatly outperformed that number.

How bad was it? Well, here’s the vote from Angelle’s home parish of St. Martin…

Note that Angelle only beat Higgins by 109 votes, but note also the horrendous 34.8 percent turnout in St. Martin – for a former parish president.

What was the vote from Higgins’ home parish? Oh, never mind. Higgins doesn’t actually live in the district. His home parish is St. Landry, only four precincts of which are in LA-3. In those four precincts Higgins beat Angelle 454 votes to 214, or 68-32.

Angelle, who has been a parish president, Department of Natural Resources secretary, Lieutenant Governor, Public Service Commissioner and gubernatorial candidate, and a supposed favorite son of Cajun Country, lost badly to a fired cop from outside of the district who lacks detailed policy knowledge, with back taxes and child support problems, whose campaign was so underfunded that its staff spent long stretches of the campaign having been furloughed.

It’s one of the more amazing upsets in the history of Louisiana politics, but it’s not unexplainable. In fact, when Angelle posted a weak 29 percent showing in the Nov. 8 primary it was obvious what was coming. And when Angelle’s team settled on a runoff strategy of making the campaign into a personal drama of Higgins against his ex-wife over child support payments she claims he owes, anyone could have predicted the voters would react in disgust and ruin Angelle as a viable candidate for major office.

The race played out in nearly identical fashion to the 2013 special election for the LA-5 congressional seat won by Vance McAllister in a blowout over state senator Neil Riser. Like Angelle, Riser was the runaway favorite in that race but fared poorly in a crowded primary, and that set him up to be thrashed by an upstart rookie candidate with populist-everyman appeal. And like Angelle, Riser was not only identified with former governor Bobby Jindal but his campaign was run by key members of Jindal’s political team.

That team had a devastatingly bad cycle. All or some of them worked not only Angelle’s race but for Trey Baucum in LA-4, who didn’t make the runoff, Charles Boustany in the Senate race, who didn’t make the runoff and Bodi White, who narrowly missed victory in the Baton Rouge mayor’s race. They were involved in every major contested race in Louisiana this year and lost in each one.

And in each of those races, and particularly in the case of Angelle, Jindal was nowhere to be found.

Those who have watched Louisiana politics closely for the past several years would not be surprised by his absence, but from 30,000 feet it has to be striking. After all, Angelle was Jindal’s top political protege’. Jindal appointed him to the top job at DNR, he appointed him Lt. Governor, he facilitated his party switch to Republican, he appointed him to the LSU Board of Supervisors. And yet Jindal didn’t make a public endorsement of Angelle, nor did he stump for him.

What’s even more striking is that it was never even remarked upon that Jindal played no role in trying to get Angelle elected. It was never even bandied about as a good idea.

We’re talking about a two-term governor who was a presidential candidate last year, who is less than a year removed from occupying the governor’s mansion, and he is a complete and total non-factor in state politics – while the political team which elected him twice now can’t win a race. If there is precedent for such a reversal, we’ve not seen it.

It’s almost like Bobby Jindal was never governor of Louisiana. He has vanished into thin air.

That leaves Angelle in a strange position. He was taken down in no small part due to backlash from voters still angry over his decision not to endorse David Vitter in the gubernatorial runoff last year. Angelle’s camp privately defended that decision by saying it came because Vitter refused to apologize for attack ads he ran criticizing Angelle’s response to the Assumption Parish sinkhole in 2014; that’s an incredibly petty demand to make of Vitter after Angelle had attacked him over hookers for six months, an attack which made a 15-year old personal failing into a bipartisan political issue. It was exceptionally shortsighted and stupid for Angelle to have refused that endorsement, because in doing so he gave reason for Vitter’s camp to seek revenge on him this year.

Which they did. A political action committee called Make Louisiana Great Again was set up to help Higgins, and it was funded with some $200,000 from a major Republican donor who had been a Jindal backer but who turned on Angelle out of anger over his failure to support Vitter. Make Louisiana Great Again was run by Vitter’s former chief of staff Kyle Ruckert and it dropped some $150,000 in attack ads on TV in the district in the final week before the election.

Failing to endorse Vitter wasn’t just a rejection of Vitter, it was a rejection of all the Republican voters in LA-3 who didn’t want to see John Bel Edwards get elected, raise taxes and push left-wing policies. Angelle reaped the predictable rejection of those voters a year later, plus rather than repair the rift between the Jindal and Vitter camps by making the endorsement and thus foreclosing the Vitter camp’s active attempts to beat him, Angelle made it a priority for them.

This leaves Higgins as a congressman-elect. With a House delegation brimming with political talent on the Republican side – Steve Scalise, Garret Graves, Ralph Abraham and Mike Johnson are all truly stars on the state’s political scene – he stands out like a sore thumb for his lack of policy knowledge and political pedigree. Higgins wasn’t even a Republican at the beginning of the year, after all, and the majority of financial success he’s had in his life came as a car salesman. That’s not to say he has no place on Capitol Hill, but it is to say he has a lot to learn and expectations for his first term should be low as he attempts to recast himself from YouTube cop to member of Congress.

And if Boustany hasn’t begun running for that seat yet in advance of the 2018 elections, you can be sure he’ll get around to it presently.