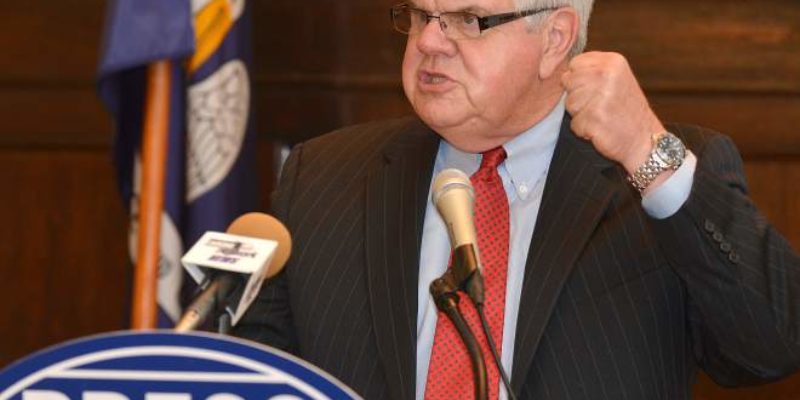 There hasn’t really been a whole lot of coverage regarding the statewide Senate race here in Louisiana. Given it’s a statewide race to replace David Vitter, you’d figure there would be more out there on the subject. After all, it’s a chance for Louisiana to pick up a Democratic Senator after that horrendous, national wipeout we saw on November 8th, right?

Well… no one thinks Foster Campbell has a snowball’s chance in a Louisiana summer. As my colleague Scott McKay mentioned a few days ago, the early vote is, well, an utter disaster for Campbell…

And fairly terrible support among Democrat voters in general. Democrats hold a 44-30 advantage in voter registration in Louisiana (a number which is fairly rapidly decreasing), but among the early voters Democrats only beat Republicans to the polls by a 46-42 margin. And as we know, there are a goodly number of registered Democrats who are reliable Republican voters.

Further, the early voting looks like it’s going to reflect a fairly low turnout. There were 532,000 early votes in advance of the November 8 election, in which Republican candidates won about 60 percent of the vote, and just 171,000 early votes for the runoff. To show how much whiter and more Republican the runoff electorate appears to be, black turnout represented 26.7 percent of the total in the primary, compared with 23.6 percent this time. And the Democrats turned out more votes than the Republicans by a 44.5-38.6 margin, compared with 46-42 for this cycle.

However, it’s not just us. A asked two friends over at Decision Desk HQ to weigh in on the race. Jeff Blehar (who, by the way, is a co-host of mine on the weekly webshow “The Bureau of Alcohol, Tobacco and Friends“) put it simply: “John Kennedy will win and you can quote me.” Brandon Finnigan said the same thing, just a little more eloquently: “Kennedy wins handily, better than Cassidy.”

The Decision Desk has a couple of it’s own posts on the subject, and the most optimistic of them (written by LSU graduate Miles Coleman, a Democrat, at the beginning of the early voting cycle) can’t even whistle past this graveyard.

Going forward, though, the path is looking pretty rosy for Kennedy. Like a football team trying to run out the clock, the race has gotten quiet as the Kennedy campaign has laid low. With one day of early voting logged so far, black turnout is down, and GOP turnout is comparatively high (according to John Couvillon, a state analyst).

Campbell is trying to localize the race – touting his achievements during his long career in Louisiana politics – but it might not be enough, given the highly-nationalized nature of Senate races.

The conclusion that Finnigan drew (two days before the early voting period was over) is even more sobering for Campbell.

John Bel Edwards beat David Vitter soundly. Democratic parishes represented a greater share of the statewide vote in that cycle, while they’ve seen a drop-off in the early vote tallied thus far. If Foster Campbell is to have any shot at an upset, Democratic turnout will need to soar today, tomorrow, and on Election Day. Otherwise, Republican John Kennedy will likely enjoy a low double-digit victory mirroring the recent Southern Media & Opinion Research Poll.

Here’s the utterly confusing thing to me, early voting numbers aside: Donald Trump won Louisiana by just shy of 20 points, and one of Campbell’s earlier attacks was an effort to tie Kennedy to Trump. Kennedy, apparently between fits of laughter at the grace of Good Fortune, said that of course he supports the president-elect.

What’s even more impressive than Campbell’s urge to give Kennedy momentum is that Kennedy has been incredibly disciplined in his campaigning. Normally abrasive and unafraid to say what he really thinks, Kennedy stepped aside and let Campbell make that dumb, dumb mistake, responded, and then kept quiet the remainder of the race. Much like a basketball player holding the ball trying to run out the clock, Kennedy is just holding the line until election day.

Saturday is not going to be a good day for Foster Campbell’s electoral ambitions.