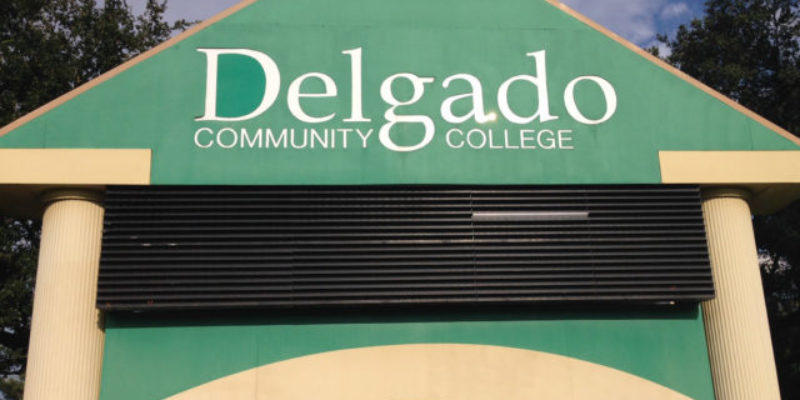 Delgado Community College has a big problem with missing property says the Legislative Auditor. Over the past three years, the two-year school has misplaced nearly $1.4 million worth of state property.

The property may have just disappeared for all the state knows. Some of it is suspected to have been stolen by employees.

About $575,000 of that – mostly computers and related equipment — comes from the most recent fiscal year, July 2015 to June 2016. Those items could be lost, stolen, sitting in an employee’s house or sitting in a classroom in plain sight.

The cumulative price tag might be even higher: After three years, missing items are deleted from the system. In addition, “there is risk that sensitive information could be improperly recovered from missing computers,” the audit states.

The state requires agencies to keep track of all items costing $1,000 or more.

It’s a blast from the past: Delgado had problems with misplaced property for six years in the previous decade. In 2007-08 alone, school personnel misplaced items worth more than $900,000, auditors reported at the time. However, the state report for 2010-11 said the problem had been resolved. The matter hasn’t come up since — even though apparently close to $1 million could not be found from 2013 to 2015.

Delgado, like virtually all other state universities and colleges, has been complaining about budget cuts for years. Apparently, those budget cuts have hit so hard that the school cannot even keep track of things like computers. Why should the state give Delgado more money if it can even spend the money it does get wisely?

The university says that it is making progress on inventory control. They’ve introduced a scanner-friendly barcode that they’re putting on all their computers. They’re also making accounting changes to prevent terminated employees from having access to university funds.

But isn’t all this common sense? Louisiana higher education at work.