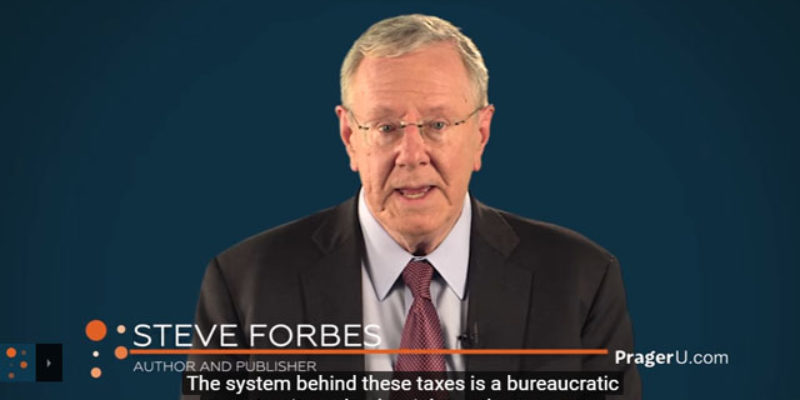 Steve Forbes, who would have been a significantly better president than George W. Bush had he been elected when he ran for the GOP nomination in 2000, has been the foremost proponent of a flat tax for a long time – and makes one of the best arguments in favor of that idea that you’ll hear.

Which he does once again in this video for Prager University.