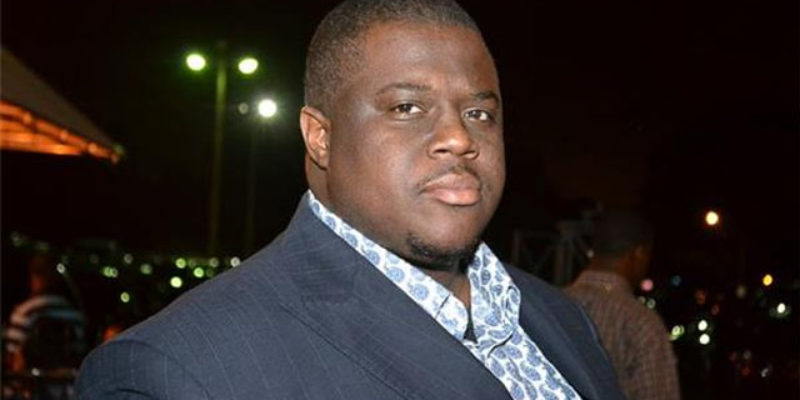 Quick question – who is the most prominent, most virulent racist in Louisiana?

As of the past few months, perhaps the clearest answer is Gary Chambers, the blogger and political activist who managed to promote himself into a position as a surrogate for mayor-elect Sharon Weston Broome thanks to loud attacks on the Baton Rouge police in the wake of the Alton Sterling shooting, demands for a residency requirement for BRPD officers and various other exercises in self-promotion of a rather irresponsible kind.

Chambers may or may not have a role in Broome’s administration. He’s owed something politically, since he abandoned his previous benefactor C. Denise Marcelle to join Broome’s camp in the primary. But after a post on his blog over the weekend which can best be described as racial pyromania, Chambers may have made himself too hot to handle unless Broome wishes to govern a Baton Rouge which begins to look like Zimbabwe before the end of her first term.

As an aside, we’ll explain the Zimbabwe reference – when that country made its changeover from white minority rule to black majority rule, it was renamed from Rhodesia to Zimbabwe and the capitol was renamed from Salisbury to Harare; those changes were nothing compared to what came shortly thereafter. Most notably, the Mugabe government in that country seized land from white farmers and redistributed it to its friends, a decision which turned Zimbabwe from the “breadbasket of Africa” into relying on the United Nations for food aid. Most of the white population then fled the country and Zimbabwe has now very little prospect of economic success. The kleptocratic Mugabe regime rules over a ruin, but it rules – and even when its black landowning class is inviting white farmers back onto the land because they actually understand agriculture, that government rails against “colonialism.”

Over the next few weeks Mayor-Elect Broome is working aggressively to craft an agenda to lead Baton Rouge. The reality is, much of the work Broome will attempt to carry out will have to go before the metro council. The council has a racial and political balance that favors white Baton Rouge. Sworn in January 2, 2017 the council will consist of 7 white republicans and five black democrats. One black male and one white female will hold seats on the council. White men are the majority. One of the newly elected members of the council is a young white male. Dwight Hudson made a name for himself in south Baton Rouge as an activist for the movement to incorporate the city of St. George a break away city. This council makeup means that if the white republicans decide they want to function like the congress of the U.S. and block the policies of the leader of the parish, they can attempt to do so with ease.

The reality is, not only is Broome the first black north Baton Rouge candidate to win that wasn’t approved by the white establishment, she is also a woman. Unlike in the black community in Baton Rouge where the majority of our elected officials are black women, in the white community the majority of elected officials are white males. Often men who grew up more privileged than the majority of us. Men who have not spent much time learning about communities or perspectives outside of their own. It is this limited mindset and reach that they govern from. As someone who has wrestled with the metro council over trying to make Baton Rouge more progressive, I know first-hand the tactics of the white republican members of the metro council.

Now for the meat of the issue…

It has already been said that the St. George group is mounting to attempt to break away again. They will pretend it is about children and schools, but it is really about black and white. Many of them want a white leader for their community. The tide has turned for Baton Rouge and it will be difficult for a non-progressive white to win in this parish ever again. The solution for white people has always been the same when a city gets too black, break away or leave. Our community is divided and Broome has her work cut out for her. It is my hope that she meets the metro council head on, with a solid progressive agenda that will create new job growth in sections of the parish that have not seen it, as well as build on what growth we have already seen. They will attempt to make it hard for her simply because she wasn’t picked by them, and isn’t one of them, so we have a responsibility – those of us who voted for her to rise to the occasion and support her efforts to lead this parish. No matter what part of this city-parish you’re from, we need her to be successful, because our children’s future depends on it. What she does has the ability to impact the future of Baton Rouge for years to come. It is my prayer that Mayor Broome is unapologetically progressive, our community needs real progress.

Now, Gary Chambers is a moron and he doesn’t understand what “progressive” actually means. That said, there is little confusion as to the sentiment he’s talking about – what he wants is for Broome to continue taking tax dollars from the southern part of Baton Rouge and redistributing them somewhere else, but instead of the downtown area as previous mayor Kip Holden did, he wants that wealth redistributed in North Baton Rouge. Which is a message Broome herself has echoed throughout the campaign.

This isn’t Africa and you can’t dispossess people of their real estate, but you can certainly tax them off their property, provide them corrupt government and poor-quality services in return and therefore send them packing for the suburbs. That happens all the time in urban America and it’s more than likely going to happen in Baton Rouge. Chambers says racism is the cause, but he fails to recognize that the black middle class is decamping for Ascension and Livingston Parishes just the same as the white middle class is, and for the same reasons – crime, lousy schools, declining property values in middle class neighborhoods.

It should be mentioned that Gary Chambers has his office in South Baton Rouge, not North Baton Rouge. Add hypocrisy to his myriad sins.

But the question for Broome is whether this is the tone and attitude she wants to have in her administration. Is she going to take after Robert Mugabe as Chambers would have it? Or will she repudiate his attitude that white people in Baton Rouge owe something to black people and make an effort at collaborative government with the majority-Republican Metro Council?

If it’s the former, she shouldn’t be surprised in the least that a St. George 2.0 finds purchase. Her only path to success would be to leave racists like Chambers by the roadside.