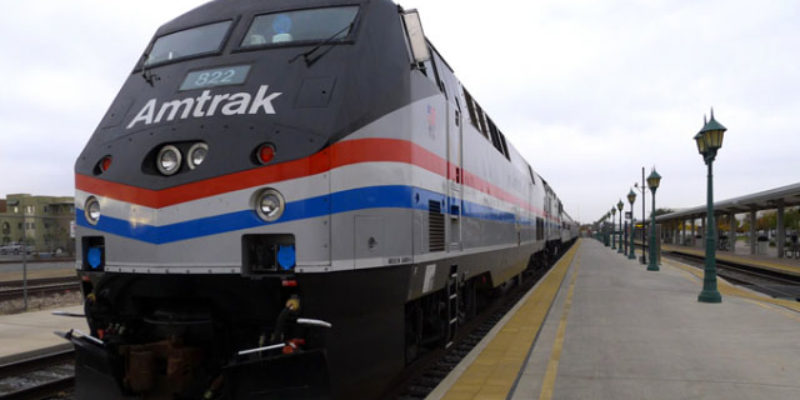 The number two man in the state House and the wannabe mayor of New Orleans, Walt Leger, has come out in favor of the proposed New Orleans to Baton Rouge train route and other transit systems between the two cities. Leger, a Democrat, made the comments in a Facebook post last week.

He suggests that transit system would create jobs for people in the areas between the city. Leger also believes that there is a market for Baton Rouge travelers who fly out of New Orleans’s airport, among others. 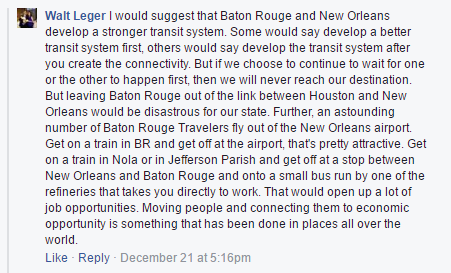 Leger seems to forget that something called “cars” has already been invented. Cars, or automobiles, are a method of transportation that takes a drivers and/or passengers to where they want to go. Many people in the New Orleans and Baton Rouge area have them. As a matter of fact, that’s how people travel between the two cities without a train.

Scott pointed out last week the idiocy of this proposed train project.

Isn’t that awesome? And it’s only going to cost $7 million a year in subsidies.

Assuming they can get $2.1 million in fares. Which would mean 600 people or so a day riding it. When the LA Swift bus line between Baton Rouge and New Orleans was shut down for having a whole lot less passengers than that.

Never mind those things, though – they’re now going to spend several hundred thousand dollars of your money making it rain on architects commissioning designs for train stations along the way from Baton Rouge to New Orleans, including stations in Gonzales and LaPlace which guarantee nobody will ride that train – because once it stops in Gonzales and LaPlace you can be sure it will take longer to ride the train than it will to get in your car and drive the 80 miles between Baton Rouge and New Orleans, and that’s not counting the time lost in securing ground transportation from the train station in New Orleans (or Baton Rouge, if you’re riding the train the other way) to where you’re going.

The NOLA-To-BR choo choo scam is designed to first and foremost enrich politically connected contractors. The second part is to satisfy the desires of the elite who think that high speed rail is something that makes Louisiana look modern and prosperous. Finally, there are some among the Louisiana left who hate the idea of personal automobiles and see this as a way to get people to give up cars.

This rail line between New Orleans and Baton Rouge is just a waste of taxpayer money and Walt Leger is all for it. New Orleans voters should keep this in mind when Walt Leger comes looking for their vote for mayor in 2018.

Interested in more news from Louisiana? We've got you covered! See More Louisiana News
Previous Article JEANSONNE: DNC Hacked or DNC Hacks? You Decide.
Next Article JBE Can’t Spend The $1 Billion The Feds Have Given In Flood Relief Because He Still Doesn’t Have A Plan