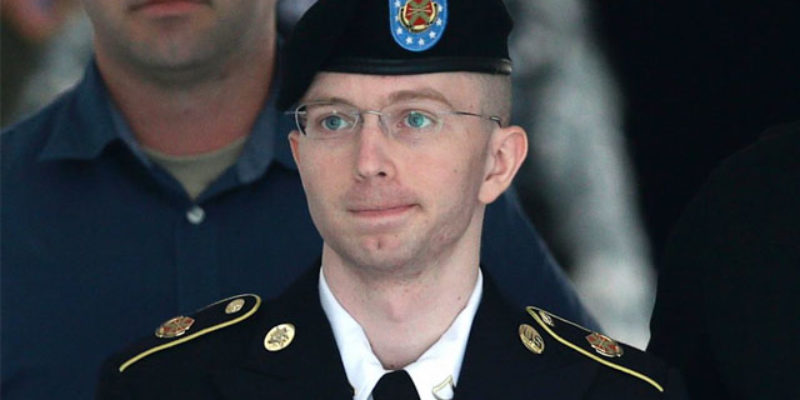 This week it was announced that, as one of his last acts as president of the United States, Barack Obama severely reduced Private Bradley (dba Chelsea) Manning’s well-deserved 35 year prison sentence for releasing secret information on US military operations and methods and the identities of interpreters and allies of the US in Middle East combat zones.

Instead of serving the 35 years, Manning will only serve about 7 years in prison.

This whole sorry episode is a microcosm of the Obama national security record.

Obama has shown a cavalier attitude toward US military operations for years, just as he demonstrated by essentially setting Manning free.

Apparently, a key component of Obama’s decision was the obviously troubled emotional and mental state of Private Manning, who now fancies himself a female and has changed his name from Bradley to Chelsea. Surely it is no accident that, for years, the Obama Defense Department devoted an inordinate amount of time to sorting out how to handle the “rights” of transgender personnel, which has absolutely nothing to do with the mission of our US military to defense the constitution and the nation against our enemies.

Some people say that Manning was a whistleblower, but this is Leftist and libertarian extremis nonsense.

Manning didn’t selectively leak information to anyone. He electronically grabbed 750,000 documents and sent them out for America’s enemies to peruse. Manning had no idea what was in the data that he released. He only knew he wanted to release a pile of secrets, most probably because he was emotionally distraught for any number of reasons completed unrelated to the policies and procedures of the United States Army.

As a result, our enemies gained insight into ongoing US military operations and methods. Moreover, lives were put as risk and very probably lost as Manning released the identities of interpreters in Iraq and Afghanistan who were wanted by groups like Al Qaeda, the Taliban and ISIS.

Some of today’s extreme Left (who are unfortunately appearing more commonplace every day) are demanding proof of damage done by Manning’s leaks.

This shows their profound ignorance of and carelessness when it comes to US national security. As the intrepid Andrew McCarthy noted in National Review…

…in cases involving classified information, the government frequently cannot reveal – let alone prosecute – the damage done. As a practical matter, such revelations end up disclosing more classified information and, critically, identifying other informants and countries who have covertly provided national-security assistance to the United States.

In conclusion, there is one thing that the 750,000 documents that Private Manning sent to Wikileaks did NOT show any evidence of: war crimes.

Despite all the efforts of kooks and nuts to attempt to pry some kind of war crime charge from any of the information released by Manning, their efforts were totally unsuccessful. Why? Because war crimes did not occur.