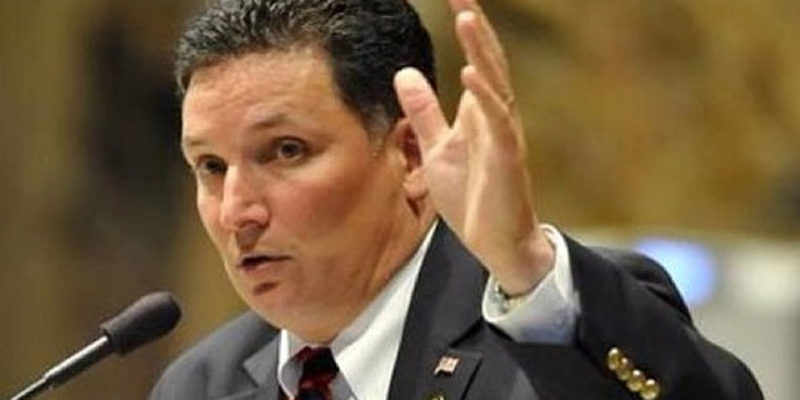 A press release that just popped out today…

“I will be a candidate for the office of Louisiana State Treasurer in 2017.

Louisiana has a spending problem, not a revenue problem. We are structurally broken. Irresponsible spending practices are not a new problem for our state and this isn’t the first time I’ve said it. In my first term as a state legislator eight years ago, I quickly recognized that we had fundamental issues with our budget and spending practices. I have always taken a stand for the Louisiana taxpayer and that will not change when elected treasurer.

The budget process isn’t rocket science. You cannot spend more revenue than you take in and you cannot use non-recurring revenue to pay for recurring expenses. Every Louisiana taxpayer understands this concept. You can’t spend more money than you make.

Louisiana taxpayers work hard for the money they earn and we owe it to them to spend and invest it wisely. As your next state treasurer, I will do everything in my power to make sure this happens.”

John Schroder has served as a State Representative from St. Tammany Parish for the last nine years and is a founding member of the House of Representative Fiscal Hawks.

Schroder, a fiscal and economic conservative, is a veteran of the United States Army where he served as a Special Agent in their Criminal Investigative Division. He and his wife Ellie have successfully owned and operated several small family businesses for over 25 years in southeast Louisiana.

The campaign boasts widespread grassroots support and a strong financial position beginning the year with over $500,000 cash on hand.

It’s been known for a while that Schroder would get into the race, just like it’s known that state representative Julie Stokes, a Republican from Kenner, will get in. Others whose names have been floating around are New Orleans Democrat state representative Walt Leger, former Republican House Speaker Chuck Kleckley of Lake Charles, state senator Neil Riser, a Republican from Columbia in the northeast part of the state and Angele Davis, the former Commissioner of Administration during Bobby Jindal’s first term as governor. Not to mention Rob Maness, who ran unsuccessfully for the Senate in both 2014 and 2016 and is rumored to be weighing a third long-shot run at a statewide office.

Of that group, Stokes is expected to be a strong challenger and might pull Democrat support if Leger, or any other Democrat, doesn’t get in. If Riser doesn’t get in, Schroder might have an opportunity to find support among conservatives – though he has many detractors on the right due to missteps the Fiscal Hawks made late in Jindal’s second term with respect to proposing large tax increases on business.

There is a sense that the race could become wide open if a true outsider without ties to the state legislature were to surface. Nevertheless, Schroder’s opening bank account shows he’ll be a factor in the race.