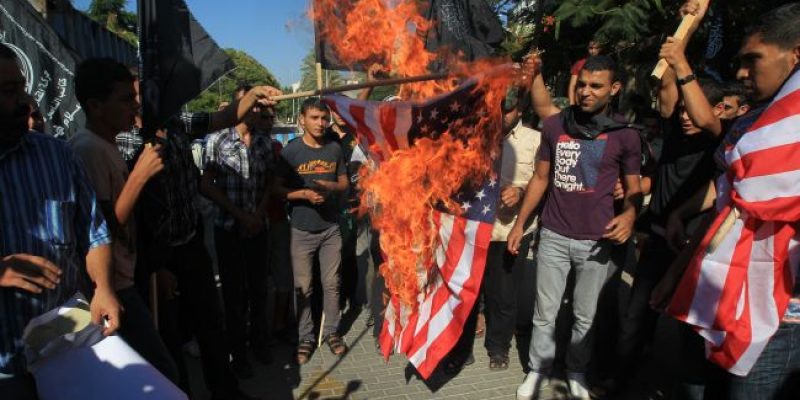 Sorry, fellas. No soup for you.

Officials at the State Department decided to freeze the transfer until the appointment of former Secretary of State John Kerry’s replacement.

Representatives Ed Royce, R-Calif., who chairs the House Foreign Affairs Committee, and Kay Granger, R-Texas, a member of the House Appropriations Committee, blocked the funding packages in 2015 and 2016 in response to the P.A.’s efforts to join international organizations.

Granger said she’d “worked to make sure that no American taxpayer dollars would fund the Palestinian Authority unless very strict conditions were met,” Israel National News  reported on its website, Arutz Sheva.

“While none of these funds will go the Palestinian Authority because of those conditions, they will go to programs in the Palestinian territories that were still under review by Congress,” Granger said, adding “The Obama administration’s decision to release these funds was inappropriate.”

This is obviously more evidence of the crumbs-or-nothing strategy we discussed here last night, though the guess here is if anything does go to the Palestinians it will be considerably less than this $221 million and it will carry with it a lot more strings than Obama put forth.

But it’s also evidence of how thorough the Trump administration’s repudiation of its predecessor is. There seems to be a distinct relish here for reversing things Obama did, and in this case it’s something of an answer to the people – among whom is our own Joel Watson – who are cautioning that Trump’s executive orders might amount to the same kind of overreach Republicans howled about when Obama gave them. In this case it’s a reversal of a distinct abuse of presidential power, namely moving federal dollars somewhere Congress had expressly forbidden. Trump’s action here is a defense of constitutional separation of powers rather than an abuse of it.

Not to mention it’s a welcome olive branch to the Israelis, who have been badly abused by the previous administration. It’s nice to see the federal government doing things our allies like, as opposed to the reverse.