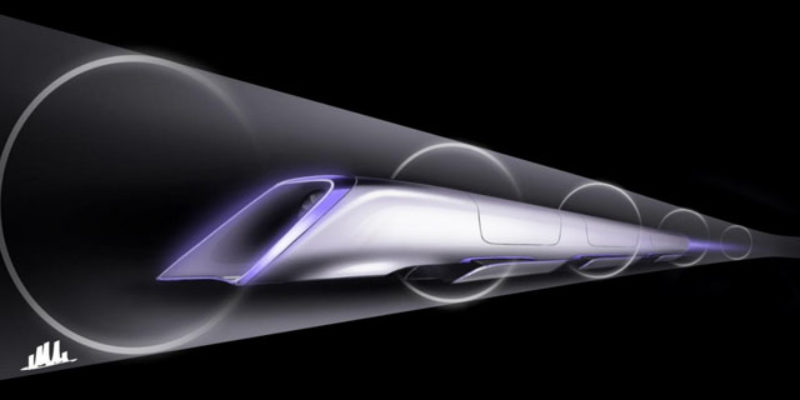 A group of LSU students has built a test model of what they say could be the future of transportation — a pod that would float inside an enclosed vacuum tube and travel fast enough to get a rider from Baton Rouge to New Orleans in a matter of minutes.

They’ll soon find out how their prototype stacks up against about 20 other designs. The 16 students will leave Thursday for Hawthorne, California, to begin practice runs on a one-mile Hyperloop track ahead of a competition they’ll participate in Jan. 27-29.

Hyperloop is a concept that inventor Elon Musk, whose SpaceX space exploration company recently opened the test track, first pitched in 2013. Hovering pods theoretically would sail through a tube at 500 to 600 mph.

“It’s a faster form of transportation using magnetic levitation to help eliminate rolling friction from wheels,” said Connor Joslin, an LSU senior majoring in mechanical engineering and the captain of the university’s Hyperloop team. “You put it in a vacuum tube to reduce the aerodynamic friction as well, so that way you don’t have as much inhibiting you from reaching high speeds.”

Hyperloop pods don’t have drivers and are controlled remotely by computer. On the test track, competitors will start out “driving” their pods at about 10 mph and progressively go faster, Joslin said, hitting speeds of 100 to 150 mph in the final run of the competition. The teams with the fastest pod and the best quality pod will get cash prizes.

This is the second write-up the students have earned in the newspaper; the initiation of their effort got some publicity a year ago. At that time it was estimated that this system could take a rider from Baton Rouge to New Orleans in 10 minutes, and it would cost $850 million to build the magnetic levitation tube and the four-person pods needed to operate it. It was also said that a hyperloop would be less expensive to maintain than a high-speed rail line.

In case you have no idea what the hell this is, here’s a video…

Yeah, you can literally call this a pipe dream. And if it were to become the future of transportation you could be fairly well assured that it’s going to happen along the east coast, or between Los Angeles and San Francisco, or even between Houston and Dallas, long before the little Baton Rouge-to-New Orleans line would ever actually get built. Spending $850 million to build a pipe between Baton Rouge to New Orleans, even if the system were to cost so little that corporate sponsorship and signage, etc. would pay the operating expenses would still be difficult to justify.

That having been said, the “smart set” has been spoiling for something they purport to call high speed passenger rail despite it stopping four to six times between downtown Baton Rouge and downtown New Orleans. When the train takes you longer than a car ride would, not to mention being more expensive even before you have to take ground transportation to where you’re going once you get there, it’s fairly obvious the project will be a failure.

With this, there is a far greater likelihood people will actually use it. It makes actual sense to hop in a hyperloop pod in downtown Baton Rouge and be in downtown New Orleans in 10 minutes. You’re actually saving an hour you’d spend driving, which you probably would happily pay $20 for, and that could be worthwhile for people even if they’ve got to catch a 30 minute cab or Uber ride to where they’re going.

The lesson tucked into all of this is when you listen to the “smart set,” among whom is our illustrious governor whose experience in business is restricted to running a little law firm in Amite, Louisiana, they’re fond of applying your tax dollars to a government-centric solution based on obsolete technology. Passenger rail isn’t a 21st-century solution, it’s a 19th-century solution the market has all but killed because air travel and personal car ownership make for far better options for most people. They’re trying to waste hundreds of millions of tax dollars building something we already know folks won’t use when there is something else out there which could be far more popular and practical thanks to technology.

And the market is a whole lot better at finding these things and making these bets than John Bel Edwards, or the Baton Rouge Area Foundation, is. We’d much rather see $800 million in tax dollars spent upgrading roads we already know people will use than either of these two ideas, but what’s for sure is the worst idea of the three transportation options is the one with the most support among the political crowd.

Interested in more news from Louisiana? We've got you covered! See More Louisiana News
Previous Article VIDEO: Tucker Carlson Has On A “Candidate For DNC Chair” … Jehmu Greene?
Next Article TOO GOOD TO BE TRUE? Trump Tells Team To Make Actual Cuts To Gov’t Budgets, Staff