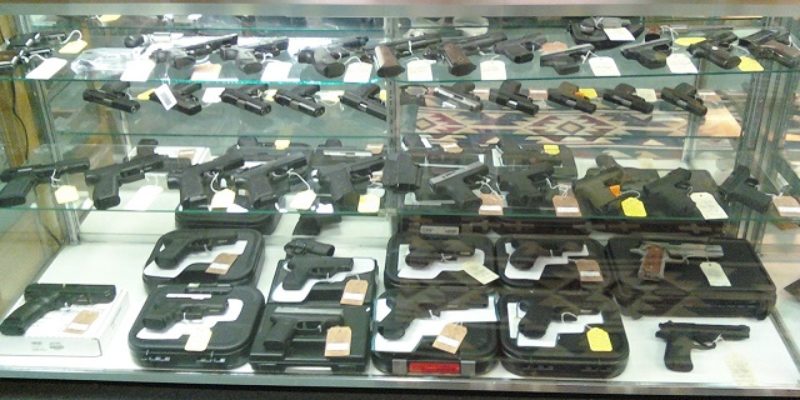 On Friday, a left-wing rag based out of New Orleans called The Lens published an op-ed by Victoria Coy. Coy is the executive director of something called the Louisiana Violence Reduction Coalition. The LVRC is an anti-gun organization that lobbies at the state capitol in order to defeat pro-gun legislation.

Like most anti-gun groups, the LVRC exploits gun homicide victims in order to push their agenda. The killing Coy was exploiting is the alleged murder of former NFL player Joe McKnight last month. Coy claims that Louisiana’s self-defense laws and in particular the “Stand Your Ground” law is racist.

Because, you see, our legislators have allowed the gun lobby to literally write the laws of Louisiana. Several of these statutes are problematic here, including the Castle Law (“your home is your castle”) that allows you to defend your property, even your broken-down Toyota, with lethal force.

But let’s focus on the Stand Your Ground law. I won’t belabor the statute for you, but I will try to explain the rationale that leads to the release of many shooters like Ronald Gasser, the serially enraged driver — his prior road-rage incidents date back at least to 2006 — who killed a stranger named Joe McKnight.

Stand Your Ground was tacked on to Louisiana’s Justifiable Homicide rules in 2006, upending centuries of common-sense definitions of self-defense. Under the revamped rules, you no longer have the duty to retreat from a threat before using lethal force. You need only “perceive” a threat in order to justify meeting force with force — even if you could easily escape that threat.

And guess who we can thank for this ugly and absurd state of affairs? When Stand Your Ground was passed into law and signed by Democratic Gov. Kathleen Blanco, the bill’s author Eric LaFleur, now a state senator, freely admitted that NRA lobbyists had actually drafted language in the bill.

It seems that Coy is opposed to the concept of self-defense itself. Either that or she is willfully ignorant of the law.

The laws determining when a homicide is justifiable are very clear in the state of Louisiana. A killing must meet one of three factors in order to be ruled “justifiable” in Louisiana. They are:

You cannot kill a black man because you are “honestly scared” of them. Coy’s nephew cannot kill a clown because he is “mortally terrified” of them. You can only legally kill someone if they are attacking you, about to attack you, or are breaking into your property. The police still have to investigate the shooting to determine if any laws were broken. You can’t just shoot someone, claim your life was in danger, and walk away.

All “stand your ground” does is take away the “duty to retreat” requirement for self-defense. According to the Volokh Conspiracy blog, “duty to retreat” is defined as, “the defendant is not legally allowed to use deadly force to defend himself if the jury concludes that he could have safely avoided the risk of death or serious bodily injury (or the other relevant crimes) by retreating.” Is getting rid of this really “codifying bigotry?”

Victoria Coy is engaged in race baiting in order to push an anti-gun agenda. Unfortunately, she’s not the only gun grabber who is trying to portray firearms ownership as racist. The left has been trying to portray gun owners as racist for years.

Justice will be done in the Joe McKnight killing one way or the other. Meanwhile, Victoria Coy and other race-hustling anti-gunners should be ashamed of themselves.

Interested in more national news? We've got you covered! See More National News
Previous Article The NOPD Doesn’t Particularly Want To #MakeNewOrleansSafeAgain
Next Article Who Has The Best King Cakes In Louisiana? KingCakeSnob.com Wants To Know