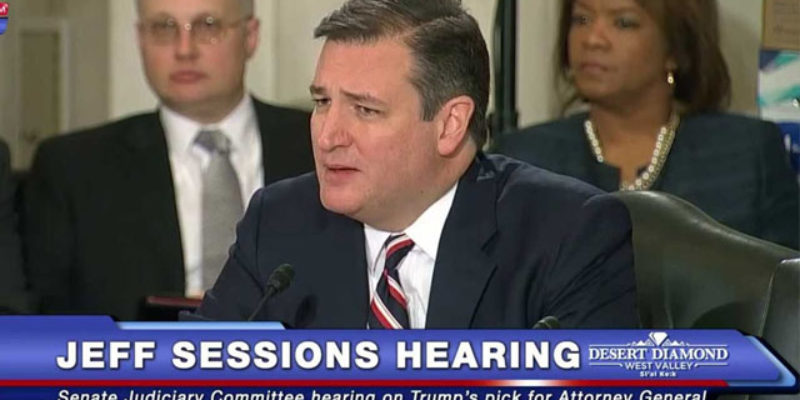 Cruz is quite often a dick, which is one of the things we like so much about him. In this case, Cruz spoke up in yesterday’s confirmation hearing for Sen. Jeff Sessions, who is the nominee to be Attorney General, and hit the Democrats who peppered Sessions about whether he would enforce this or that law that he’d voted against.

There is a level of hypocrisy in that preening which Cruz could not abide, so he launched into a fabulously entertaining recounting of all the lawless, if not illegal, abuses of power in which the Holder and Lynch Justice Department has engaged with the complete silence of those very Democrats. It’s outstanding stuff, though it’s quite likely to buy Cruz the continuing hatred of his victims.

Not that he cares. Cruz is in the Senate to kick ass and chew bubble gum – and he’s run out of the latter.

Interested in more national news? We've got you covered! See More National News
Previous Article VIDEO: If You Haven’t Seen Mike Rowe On Tucker Carlson Talking About College, You Need To
Next Article This Morning We Saw Why Marco Rubio Wasn’t The GOP Nominee…