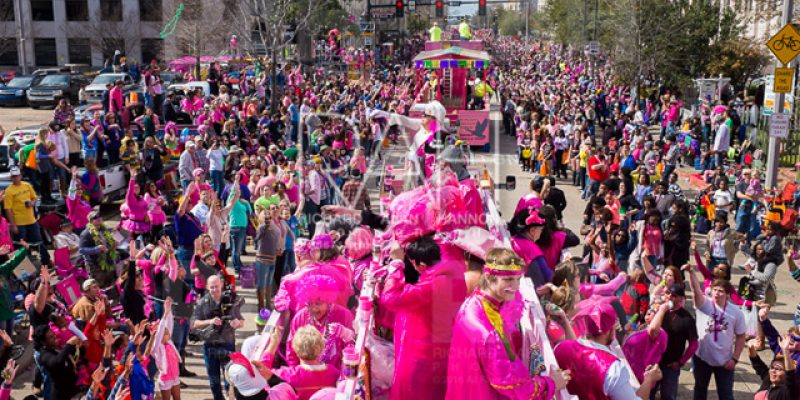 This comes to us from – of course! – Gary Chambers, who never ceases to thrill with his interesting concoctions of racist conspiracies in Baton Rouge, and it might be the most laughable attempt yet.

Maybe we’ve found the job in the Sharon Weston Broome administration Chambers is qualified for. We can dress him up in a jumbo-sized Rex costume, complete with a sceptre, and he can be in charge of rationing Mardi Gras beads so that black kids and white kids can share alike in the spoils. And for this to work, all Mardi Gras beads thrown by float-riders must be forwarded to him for processing and redistribution.

What’s likely behind this, other than Chambers pandering to those readers on his ridiculous website and Facebook page who saw the famous Martin Lawrence pool-table racism scene in the movie Boomerang and took it seriously, is a continuation of the reaction to the theme of the Spanish Town parade a year ago. For those of our readers who don’t remember, that theme was “Pink Lives Matter,” and it was a sendup of Black Lives Matter with the parade’s mascot of a pink flamingo standing in. Chambers thought that was proof of the racism infesting the membership of the Spanish Town krewe, and he and others raised holy hell about it. Because Black Lives Matter and those who support it can’t possibly be made fun of the way, for example, David Vitter or Bobby Jindal or Donald Trump or Bill Clinton or any of the other political figures in Louisiana have been by that krewe in the past.

And when that didn’t work – the bitching about Spanish Town last year was mostly met by a “drop dead” reaction – the new thing is to “document” racist practices in the throwing of Mardi Gras beads.

So much for having fun at public events. Even Mardi Gras is political now.

Interested in more news from Louisiana? We've got you covered! See More Louisiana News
Previous Article While LSU Was Blown Out By Auburn And Tied The School Record With 14 Straight Losses, Here’s What Happened At The Capitol…
Next Article It Looks Like They Really Are Going To Make Keith Ellison The New Chairman Of The DNC