Time for the left to start marching and rioting again. Some new poll results are out and they’re not very good news for “The Resistance.”

Politico and Morning Consult just released a poll that shows that just about every one of Trump’s executive orders issued so far is popular. Even worse news for “The Resistance”, Trump’s immigration executive orders are his most popular ones.

Here’s a screenshot of the polling on the executive orders: 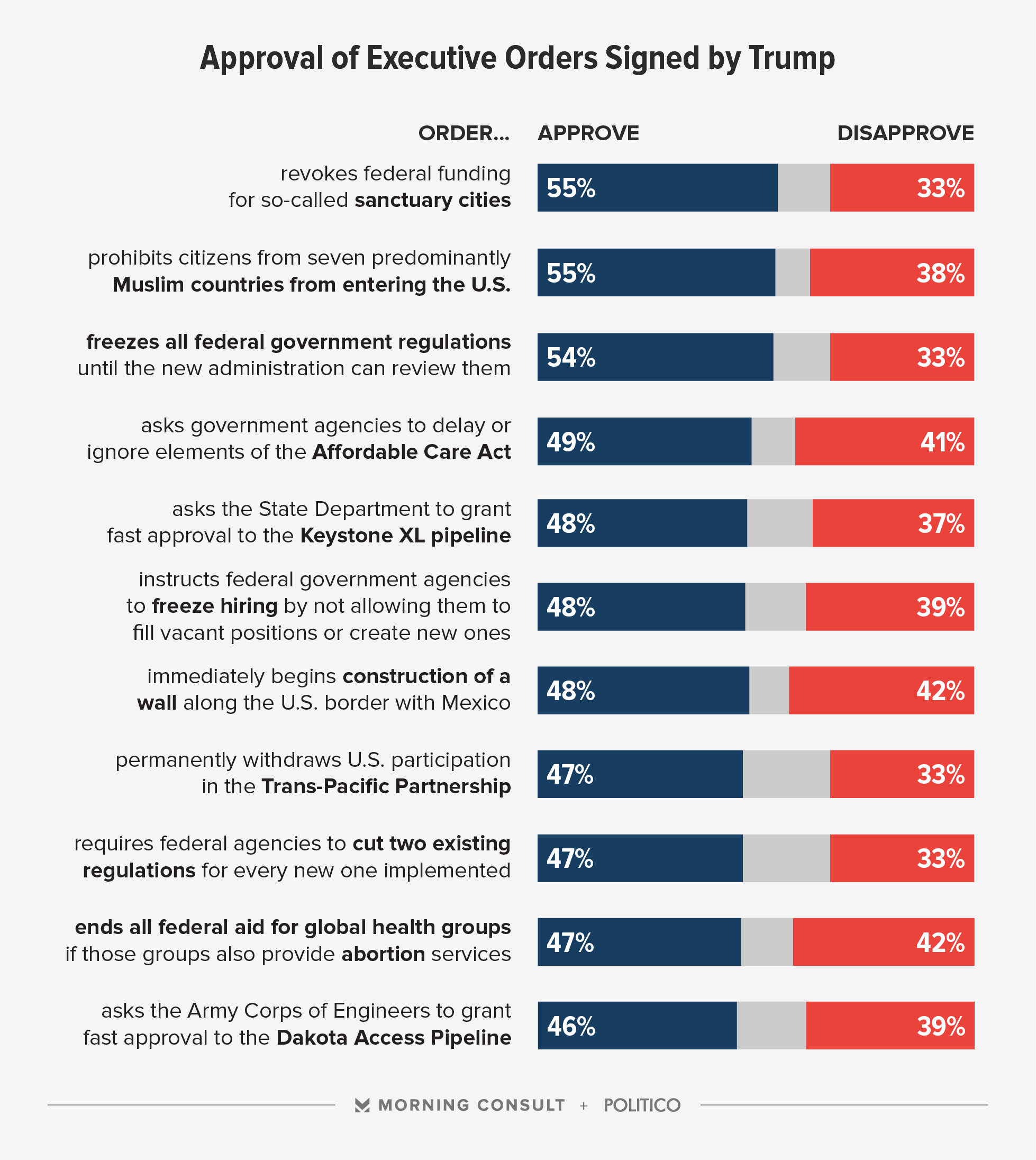 The only executive orders drawing significant opposition are the ones related to the wall with Mexico and the abortion one. The wall’s opposition though comes not just from the open-borders left. Many fiscal conservatives are against it because they see it as a boondoggle.

Abortion has always been a 50-50 issue. It’s not surprising that many people are opposed to that one.

The only other one that has a narrow gap between support and opposition is the Dakota Access Pipeline one. Much of that is due to the fact that many people have no idea what that issue is all about.

But it actually gets worse for the left. Trump is seen as more trustworthy than the news media.

The Trump administration is more trusted than the news media among voters, according to a new Emerson College poll.

The administration is considered truthful by 49 percent of registered voters and untruthful by 48 percent.

But the news media is less trusted than the administration, with 53 percent calling it untruthful and just 39 percent finding it honest.

That’s why Trump is constantly attacking the media. It’s a no-lose situation for him.

So far, the left’s arguments are not resonating with the American people. They don’t really like Trump, but they definitely don’t like “The Resistance”. That is because the left and its allies have proven itself to be out of touch with what average Americans think on issue after issue.

Trump only has to do better than his enemies to succeed. So far, so good.

Interested in more national news? We've got you covered! See More National News
Previous Article Gorsuch Criticizes Trump Over His Attacks On Judges, But There Could Be A Deeper Game Afoot
Next Article In Case You Missed Ted Cruz’ Taking A Flamethrower To Liz Warren And The Democrats Yesterday…