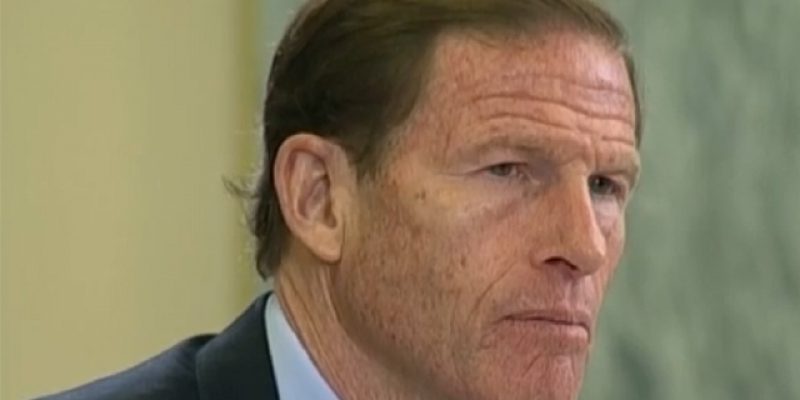 We’re either brilliant around here or we need tinfoil hats and have been watching too much TV, but this story about a “rift” between Donald Trump and his Supreme Court nominee Neil Gorsuch is simply too convenient not to see a ploy underlying it – and a good one.

President Trump’s escalating attacks on the federal judiciary drew denunciation Wednesday from his Supreme Court nominee, Neil Gorsuch, who told a senator that the attacks were “disheartening” and “demoralizing” to the independence of the federal courts.

Sen. Richard Blumenthal (D-Conn.) said Gorsuch made the comments during their private meeting Wednesday, and the account was confirmed by Ron Bonjean, a member of the group guiding the judge through his confirmation process.

Trump on Wednesday morning declared that an appeal court’s hearing Tuesday night regarding his controversial immigration executive order was “disgraceful,” and that judges were more concerned about politics than following the law.

The remarks followed earlier tweets from Trump disparaging “the so-called judge” who issued a nationwide stop to his plan and saying the order “put our country in such peril. If something happens blame him and court system.”

Blumenthal said Gorsuch, who Trump nominated to the Supreme Court just over a week ago, agreed with him that the president’s language was out of line.

“I told him how abhorrent Donald Trump’s invective and insults are towards the judiciary. And he said to me that he found them ‘disheartening’ and ‘demoralizing’ — his words,” Blumenthal (D- Conn.) said in an interview.

Gorsuch “stated very emotionally and strongly his belief in his fellow judges’ integrity and the principle of judicial independence,” he added. “And I made clear to him that that belief requires him to be stronger and more explicit, more public in his views.”

“He’s always been a person independent of the president and it was shown by his statement,” she said.

The left-wing activists fighting a losing battle to defeat Gorsuch are having none of this, but that doesn’t lessen the impact of what seems to be happening here.

Namely, that Trump picks a fight with the left-wing judge in Seattle who issued a stay on his travel slowdown from those seven failed states and sworn enemies, a stay which has absolutely no basis in law, and calls him a bunch of names that shock all the nice people inside the Beltway. This, despite the fact Trump’s order has majority support from the American people, or at least there are more folks for it than against it. He can afford to play the heavy a little; his approval rating has now hit 50 percent according to Reuters, so he has some political capital he can set on fire in order to run some interference.

And then Gorsuch goes into a meeting not with just anybody but with Richard Blumenthal, who is one of the most gullible and shallow Democrats in the Senate but more importantly is a fellator of microphones matched only by the Chuck Schumers, John McCains and Lindsey Grahams of the world – it is a guarantee that anything Blumenthal is told will be trumpeted to the press with lightning speed, and drops his hint of disapproval with Trump’s harangues. Blumenthal is the perfect mark to pass along statements from Gorsuch for public consumption.

So then Gorsuch is established as “independent,” and “decent,” and “honorable” in the public eye, and the starch in the anti-Gorsuch movement on the Left begins to dissolve. It might even be that his star rises to such a point that his nomination can move more quickly – maybe even quickly enough that he can be confirmed in time to sit on the Supreme Court for oral arguments in this spring’s docket.

Which, should that happen, might even include the dispute about Trump’s immigration order should the 9th Circuit not throw out that stay. Most legal analysts will tell you even the leftist justices on the Court will not find merit to the order from the judge in Seattle, but why not have a majority of five, including Gorsuch, available to make sure?

Trump probably doesn’t need any of this to confirm Gorsuch quickly. But to the extent this was a ploy, it seems to have been carried off with perfection. All that’s left is to see if it’s received as intended.

Interested in more national news? We've got you covered! See More National News
Previous Article SCHRODER: The Governor’s Budget-Balancing Plan Isn’t A Plan At All
Next Article Liberals Are Going To Riot When They See These Poll Results