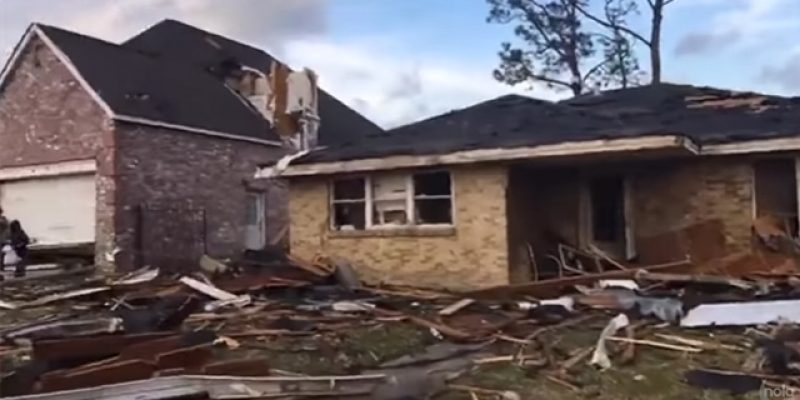 Officially, yesterday’s twister which ran through New Orleans East was an F-3, but hitting an area as populated as it was you could probably make the case it did F-4 damage. Some of the mess is captured in this video NOLA.com shot among the wreckage today.

What’s bound to get the most play out of this is the political stuff, particularly at the end when one of the tornado victims is heard to bellow “Where’s Donald Trump?” But what’s more interesting is the story the guy in the red shirt tells about having been picked up and thrown across his home from the inside by the winds, and living to tell the tale. It’s compelling stuff.

Interested in more news from Louisiana? We've got you covered! See More Louisiana News
Previous Article Why There’s More To Gary Chambers’ “Racist White Judge” Story Than You Probably Realize
Next Article SCHRODER: The Governor’s Budget-Balancing Plan Isn’t A Plan At All