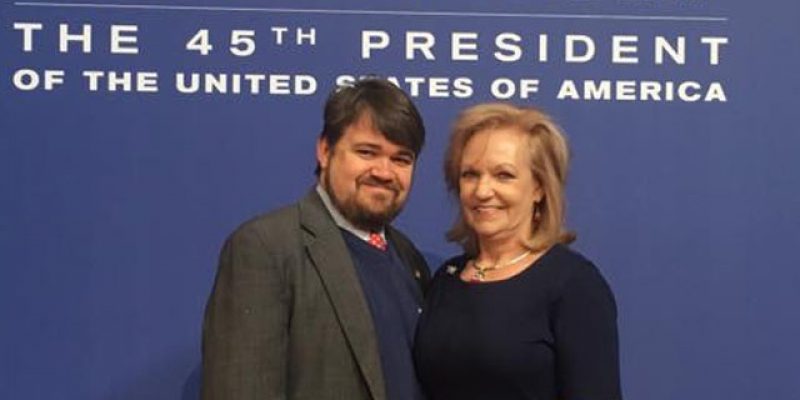 In case you haven’t heard, the Louisiana GOP is now looking for a new executive director, because the one who’s been doing that job for the past six years – by far the longest tenure in the country – is moving on. Jason Dore’, who’s been a friend to us at the Hayride since our inception, has a new job in the Trump administration and he starts on Monday.

Republican Party of Louisiana Executive Director Jason Doré will be moving his family to the nation’s capital to serve as an official in the administration of President Donald J. Trump.

Doré, who is currently the longest-serving state party executive director in the nation, will be resigning effective March 31st to accept his new position.

“We’ve experienced great success over the past six years with Jason Doré’s leadership,” LAGOP Chairman Roger Villere said. “We wish him every success in serving President Trump and our nation.”

Doré’s tenure has been marked with incredible success.  Since becoming Executive Director in 2011, the Party has broken fundraising records, raising more than $11 million for its candidates, and shattered registration records by increasing the number of registered Republicans by more than 140,000 voters.  In addition, the Party has seen a 40% increase in the number of elected officials and gained majorities in both chambers of the Louisiana Legislature for the first time since Reconstruction.  Eight of nine statewide elected officials are currently Republicans.

In the past year, the Republican Party of Louisiana has seen its presidential candidate, Donald J. Trump, receive more votes than any candidate in Louisiana history and secured 5 of the 6 congressional districts for the GOP. The Party also soundly defeated the Democrat governor’s hand-picked candidate for U.S. Senate when U.S. Senator John Kennedy triumphed in December 2016.

Doré, a graduate of the LSU Manship School of Mass Communication and the LSU Paul M. Hebert Law Center, is a native of Lafayette, Louisiana.  He began his career in politics at the age of 7 knocking doors for President George H. W. Bush with his mother, Cindy.

The party is in good hands with Staples as its interim ED; he’s been around the block with several political campaigns and he knows what he’s doing. But we would never have been able to build the Hayride to the point we’ve done without Jason’s help and advice. And for that we’re profoundly thankful.

Congratulations, Mr. Dore’. Go get ’em up there in Washington.