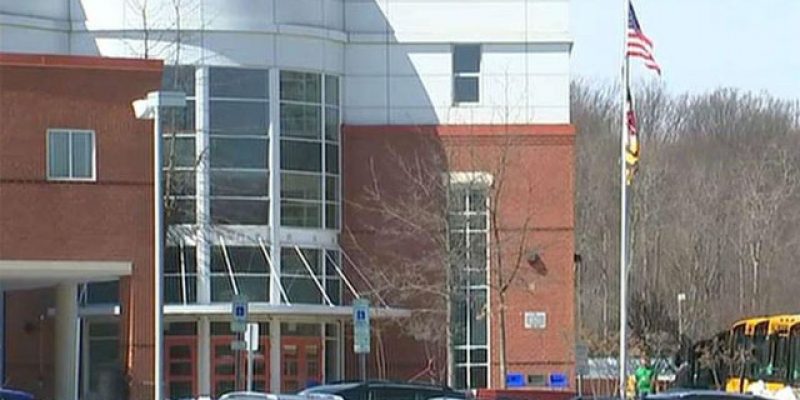 On the morning of March 16, a 14-year old girl was allegedly raped by two illegal aliens in a high school bathroom in Rockville, Maryland. One of the alleged rapists, Henry Sanchez-Milian, is an adult, 18 years old, while the other suspect, Jose O. Montano, is 17-years old.  They have been charged with first-degree rape and two counts of first-degree sexual offense for allegedly dragging the young girl into the boys’ bathroom, sexually assaulting her and forcing her to perform sexual acts.

This incident has shocked the nation and exposed the dangers of open borders and lax immigration enforcement. By allowing millions of illegal aliens into this country, the safety of law abiding Americans has been put at risk. Daily, tragic stories are reported of Americans being victimized by illegal aliens. This case is even more disturbing for the victim is an innocent 14-year old girl.

Conditions are so dire that Maryland Governor Larry Hogan, a Republican, said to all parents in his state that their children are potentially at risk. He said, “I am not sure I can give assurances that their children will be safe.” The Governor expressed his outrage that “an 18-year old man” was in the same class as 13 and 14-year old girls.” He said the “status” of Sanchez-Milian was not known to the Rockville High School parents.

Hogan also condemned he attitude of public school officials in Montgomery County, Maryland who administer Rockville High School. The Governor said that there was a “lack of cooperation” and a “lack of information” from the Montgomery County school system.

Another pressing issue involves the county’s sanctuary policies which protect illegal aliens. According to Fox News, in 2016, the county disallowed 63 accused illegal alien criminals from being turned over to Immigration and Customs Enforcement (ICE) officials. Montgomery County is among many sanctuary areas in the country which refuse to work with federal immigration authorities to deport illegal immigrants. Hogan said that the sanctuary policies were “a big part of the problem.”

Regrettably, the message has not been received by Dr. Jack Smith, the Superintendent of the Montgomery County school district. Instead of focusing solely on the plight of the victim and the safety of children in his district, Smith blasted the response from parents and warned against “racist, xenophobic calls and emails.” He was upset at the anger directed at his office from parents rightly concerned about the well-being of their children. Sadly, the Superintendent placed his focus on maintaining politically correct sanctuary policies instead of taking corrective action in his district.

In the aftermath of the incident, parents staged protests outside Smith’s office and expressed their concerns at a public meeting. Not surprisingly, the major broadcast networks ignored the story, with only Fox News giving it significant coverage.

This tragic incident also highlights the problems of coddling immigrants who illegally cross the border. Sanchez-Milian is from Guatemala and was captured by border patrol agents in August of 2016 at Rio Valley Grande, Texas. Instead of being immediately deported, he was detained for 12 days and eventually released. ICE allowed him to fly to Baltimore, Maryland to live with his father. In the fall, he was enrolled at Rockville High School and only a few months later he is accused of brutalizing and raping a 14-year-old girl who will be traumatized for the rest of her life.

At the time of his ICE release, Sanchez-Milian was ordered to appear before an immigration judge; however, after seven months, the hearing has still not occurred.  If he had been deported, this travesty would never have occurred.

His attorney, Andrew Jezic, said that Sanchez-Milian was released because the inflow of illegal immigrants is too great for federal authorities to handle. According to Jezic, “There’s been so many people that have come through the border that are underage in the last year, so what happened is that immigration just doesn’t have the resources to deal with all of these people coming in.”

Jezic believes that the massive influx of illegal immigrants has also caused significant delays in scheduling the court hearings. Thus, in the case of Sanchez-Milian, what should have been handled in short order, has taken more than seven months.

This has resulted in not only a delay in justice, but also a horrific act of violence. It is a sad reminder that forceful action in dealing with illegal immigration is essential for the safety of all Americans, especially those who are most vulnerable, our children.

Interested in more national news? We've got you covered! See More National News
Previous Article VIDEO: Kennedy On Fox Business Yesterday: Democrats Filibustering Gorsuch Would Be “Doubling Down On Stupid”
Next Article Congrats And Thanks To Jason Dore’