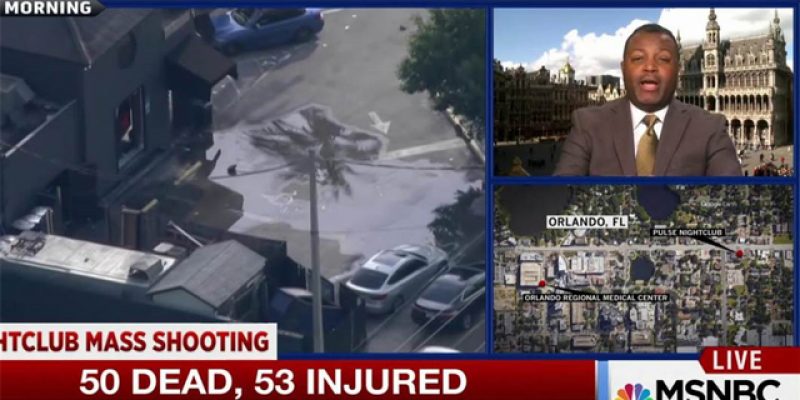 In case you haven’t noticed, the global jihadist insurgency has entered a new, more dangerous phase in the past two years.

The excellent, private IntelCenter organization estimates that the Islamic State has killed 18,000 people in 28 countries since they declared their Caliphate on 29 June 2014.

This includes individual acts of jihad carried out in this country in places like Orlando, Chattanooga, Boston, Garland, San Bernardino, Queens and Philadelphia.

There is no reason to believe that this trend won’t continue. The effort to take down the caliphate was half-hearted at best because it simply wasn’t something President Obama was interested in. He apparently felt that the killing of Osama Bin Laden should have been enough. Never mind that the world has become awash in jihad since then.

Because of the complete lack of leadership on this vital issue, our federal bureaucratized counterterrorism apparatus has not even allowed to study Islamic threat doctrine–the very doctrine that the Islamic State cites repeatedly.

Time and time again we find that the warning signs of the jihadi attackers were missed. We were warned about the Tsarnaev brothers (the Boston bombers) repeatedly by the Russians and the FBI knew that their mosque was founded by a convicted Al Qaeda member, yet they were still able to carry out their attack.

There were warning signs about the San Bernardino jihadis as well. The female, Tafsheen Malik, used a fake address to obtain a visa to enter the U.S. She also gained entry into the U.S. under the horribly flawed federal “Visa Express” program that allowed applicants to bypass the interview in the screening process.

Moreover, DHS whistleblower Phillip Haney has testified before Congress and written in his new book, See Something, Say Nothing, that he had been ordered to cease investigations into Tablighi Jamaat, the notorious Islamist organization that had ties to the San Bernardino mosque.

Then there is the case of Orlando shooter, Omar Mateen, who was twice interviewed by the FBI because he was on the contact list for an American Islamikaze bomber in Syria and because he made “incendiary” remarks to co-workers about jihad. Oh, and his Dad posted pro-Taliban online videos too. He was given the “all-clear,” only to end up massacring 49 innocent Americans.

What all this points to is the vital need for state and local law enforcement to take the lead against jihad inside this country. I promise you, the NYPD does not wait for the FBI to vet suspected terrorists. Other state and local agencies around the country need to take the same approach, albeit with resources that can’t match the NYPD, which is probably the most effective counterterrorism law enforcement organization anywhere in the world.

The fact is, the Feds are unaccountable. They can’t follow up all the leads they have now and very often have a lack of knowledge as to what or who they are dealing with. I have a hunch that the FBI agents who interviewed Omar Mateen probably thought he was creepy at best, but they had nothing to charge him with and they had to go about their business. Complicating matters even more is the fact that both the FBI and DHS have been forbidden from tying Islam to terrorism. That restriction right there makes them ineffective at conducting counterintelligence operations.

State and local cops are not unaccountable. They have deep roots in their communities. If an Omar Mateen is in someone’s precinct and they know he is a known associate of an Islamikaze bomber and made threatening statements about terrorism, they will keep an eye on him way past the initial interview. There won’t be much more important in that precinct once an Omar Mateen comes to the local cops’ attention.

Furthermore, state and local police are not under any restriction to refrain from studying the enemy threat doctrine. If the local sheriff or police chief is bold enough, he will mandate that his intelligence and investigative people get educated about the threat in an objective, unbiased manner–allowing the subject matter to take them where it leads them, rather than starting from the position that there is no connection between Islam and terrorism.

State and local police are now at the tip of the spear in this war. 15 years ago America sent soldiers, sailors, airmen and Marines overseas to protect us all from jihad. Today, local law enforcement is being tasked with protecting soldiers, sailors, airmen and Marines from Jihad inside our own country. This is a profound shift in this war that has been lost on the overwhelming majority of the American people.

In Garland, Texas, it was a 62-year old motorcycle cop who gunned down the two jihadi attackers who were wielding AK47s.

In Chattanooga, Tennessee, it was the local police who gunned down Mohammad Abdulazeez.

In Boston, it was Boston PD who ran down the Tsarnaev brothers.

In Queens, New York, it was rookie patrolmen who were targeted by and gunned down Zale Thompson.

In Philadelphia, it was a police officer sitting in his patrol car that was targeted by Edward Archer in the name of ISIS.

And, of course, we know that it was the Orlando Police Department who responded to Omar Mateen’s massacre.

By the time DHS and FBI show up, they have to ask permission to cross the crime scene tape. In Marine Corps parlance, by the time the Feds get involved, it’s “right of bang.”

State and local police need to prepare to operate against jihadis “left of bang,” and that means taking their own initiative and not depending solely on our bureaucratized, federal counterterrorism apparatus for training or intelligence about potential bad guys in their jurisdictions.

Fortunately, increasingly, local sheriffs departments around the country have recognized the threat from jihad and have taken the initiative in training their personnel in the strategy and tactics needed to prepare, including studying the enemy threat doctrine as our jihadist enemies themselves teach it.

One such curriculum of training is from an organization called Understanding the Threat (UTT). The leader of this organization is former FBI agent and Force Recon Marine officer John Guandolo. There is no one in America more qualified to conduct training on the threat from jihad than this organization. Mr. Guandolo was decorated by the FBI for establishing the original training program for the Bureau on the Global Islamic Movement, particularly the Muslim Brotherhood. Guandolo’s colleague, Chris Gaubatz, is the only known operative to have conducted counterintelligence of HAMAS, when he interned for the Council on American Islamic Relations. That operation is detailed in Paul Sperry’s book, Muslim Mafia.

Recently, UTT has conducted training for several departments and agencies in Louisiana. Their program has come under fire from two out of state organizations with questionable ties and a record of nefarious activity. Louisiana’s media, including the Times-Picayune’s J.R. Ball at the link just above, have repeated the attacks of those organizations.

The first organization is the Southern Poverty Law Center (SLPC). At one time the SPLC may have served a useful purpose, but those times have long since passed. Today, the SPLC uses the term “hate” to silence and intimidate those with whom it disagrees politically.  The SPLC’s abuses of the term “hate” became so bad that in 2014, during the Obama administration, the FBI quit using the SPLC as a hate crimes resource.

The SPLC’s fast and loose use of the term and its blacklisting of those whom it disagrees with has even contributed indirectly to violence when Floyd Lee Corkins attacked the Family Research Council’s headquarters after viewing the SPLC’s irresponsible list of “hate groups.” Corkins shot and wounded a security guard during his attack.

The fact that the media regurgitates SPLC statements and data without question demonstrates the degree to which our free press has become corrupted by ideologues who no longer act as responsible journalists to report the news, but work as advocates for certain viewpoints.

The other organization that has raised objections to UTT’s training program in Louisiana is the Council on American Islamic Relations (CAIR), a wing of the notorious Muslim Brotherhood here in the United States.

Michael Kunzelman of the Associated Press actually referred to CAIR as a “civil rights group,” again demonstrating the degree to which the media have been infected with corruption.

The term Islamophobe was made up by the International Institute for Islamic Thought (IIIT), a Muslim Brotherhood organization whose founding board included Sheikh Yusuf al-Qaradawi, the spiritual guide for the Muslim Brotherhood for decades.  Qaradawi is also infamous for having been banned from travel to the US, the UK and France for his ties to terror. Moreover, he is particularly notorious for having, as a renowned Shariah scholar, instructed Muslim men on how they are to properly beat their wives and endorsed the barbaric, Shariah practice of female circumcision (known as Female Genital Mutilation (FGM).

IIIT coined the term Islamophobe with the express purpose of silencing critics of the Global Islamic Movement and to label enemies.

For CAIR to label someone as an Islamophobe is not to be dismissed or taken likely, especially given CAIR’s nefarious activities and those of its members, employees and directors:

For most citizens of Louisiana, we can be thankful that Understanding the Threat is training our law enforcement heroes about this threat.

Interested in more news from Louisiana? We've got you covered! See More Louisiana News
Previous Article This Might Be The Worst CNN Report Of All Time…
Next Article BREAKING: 5th Circuit Rules That NOLA Monuments Can Be Taken Down