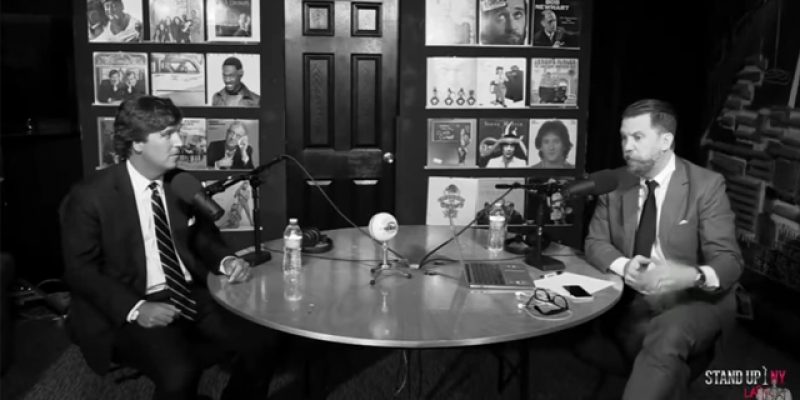 McInnes has a web show called the Free Speech Podcast, and it’s aptly named. They won’t let you say things like are said on that podcast.

Which makes it one of the best things you can watch. Anything goes. And half of what McInnes says is bound to offend someone, somewhere. But that’s OK. Most of us need to learn how to be offended without going into hysterics. And more, someone who isn’t afraid to offend you – particularly if that someone isn’t inherently hostile or possessed of bad faith toward you –  is more likely to have things to say which may broaden your perspective than someone who feels the need to dance around topics which could be risky. The latter is evidence of groupthink and conventional wisdom, which in modern society is increasingly useless.

Donald Trump’s election is a strong indication of the lack of value in conventional thinking.

So when McInnes has Carlson on for a freewheeling, wide-ranging conversation about life, politics, journalism and lots of other topics, the result is insightful, often shocking, hilariously funny and one of the better hours you’ll spend this week. Enjoy.

Interested in more national news? We've got you covered! See More National News
Previous Article BREAKING: 5th Circuit Rules That NOLA Monuments Can Be Taken Down
Next Article SHIELDS: Obamacare And The 2008 Crash