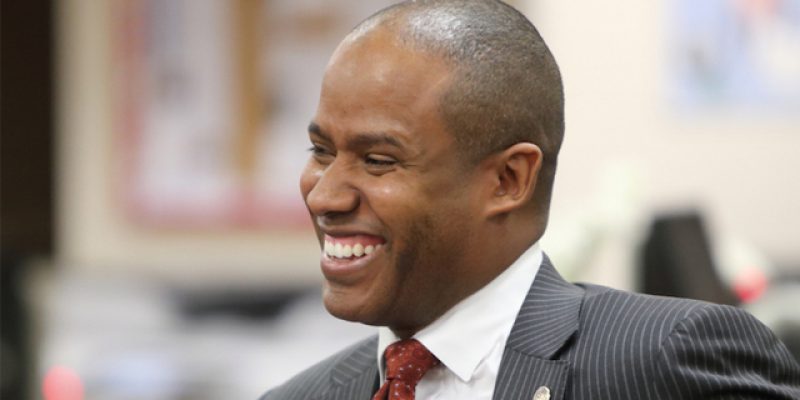 By now our readers are aware that turnover is coming to the federal prosecutors’ offices across Louisiana and around the country. Following a tradition honored by Democrat presidents but for some reason not Republican ones, the Trump administration has decided to switch out all of the U.S. Attorneys around the country as is its prerogative. Bill Clinton and Barack Obama did the same; George W. Bush tried to, but endured a manufactured political firestorm and calls for an investigation by Democrats in Congress because the mass firings were cast as attempts to stave off prosecutions of crooked Republican politicians.

But Kenneth Polite, the U.S. Attorney for the Eastern District of Louisiana (which is the one headquartered in New Orleans), had already quit effective March 24, which he announced in advance of the massacre. That led to this somewhat humorous tweet over the weekend…

I feel like Craig from Friday. I voluntarily resigned, but then I got fired! #howyougetfiredonyourdayoff https://t.co/11cGCveNTA

The rumor mill has Polite sticking around New Orleans and possibly running for mayor this fall. There are two reasons why he might be a strong candidate for that race. First, he’s a New Orleans native – the son of a NOPD officer, he grew up in the Lower Ninth Ward and the Calliope projects and graduated from De La Salle High School, before riding scholarships to Harvard and Georgetown Law. Second, he didn’t particularly tick off any of the local politicians – while his predecessor Jim Letten used crooked pols like bowling pins, Polite has kept his focus on gangs and drugs and out of white collar crime more or less altogether, so he’s not the enemy of any of the city’s Democrat machines. Polite is a registered independent, which might need to change in a city which hasn’t had a Republican mayor since Edward Heath in 1868.

But who will replace Polite? This is where things could get interesting.

There was some support within the state’s GOP circles for keeping him in that job – Louisiana’s attorney general Jeff Landry, who is expected to court some votes from the New Orleans black community should he run against John Bel Edwards for governor in 2019, and might have an opportunity to crack that community open a little based on building some bridges to it given his alliance with black Democrat primary contender Gerri Baloney in the 2015 attorney general’s race, plus Edwards’ open rivalry with New Orleans mayor Mitch Landrieu and simmering discontent with Sen. Karen Carter Peterson, the chair of the state Democrat party and a New Orleanian, wrote a letter to Trump suggesting Polite stay on. If Polite ended up as New Orleans’ mayor, Landry might be able to count him as an ally of sorts, or at least not an enemy.

One name which has been thrown around is Wendy Vitter, the wife of former U.S. Sen. David Vitter and an accomplished attorney. She’s now seen as unlikely, though a federal judgeship is not out of the question for her. Another is Public Service Commissioner Eric Skrmetta. A third is Peter Strasser, a former prosecutor in the U.S. Attorney’s office in New Orleans who reportedly has some political connections to Jefferson Parish sheriff Newell Normand. A fourth is former Jefferson Parish president John Young, who used to be the chief administrative officer in that U.S. Attorney office. A fifth: James Baehr, currently a prosecutor in Polite’s office.

There is also talk of bringing in someone from out of the area who has no political connections and can therefore reignite Letten’s reign of terror on the city and area’s political machines; New Orleans political corruption hasn’t exactly abated in the past three and a half years.

What’s clear, though, is Polite’s departure from the office will stir the waters in New Orleans and could well change that city’s politics in a significant way.