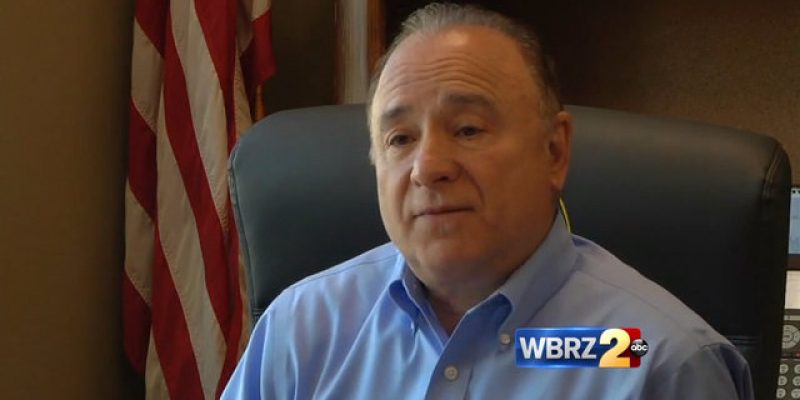 When you get indicted for bribery and the parish council hits you with a no-confidence vote, it starts to become questionable whether you’ve got much hope to be effective as the parish president…

The Ascension Parish Council voted Thursday, approving a resolution of no confidence in Parish President Kenny Matassa’s ability to do his job effectively while fighting a bribery indictment.

The meeting was held Thursday, March 16, and many residents, including Matassa’s sons and wife, spoke out. The initial resolution of no confidence failed to get a second, but a substitute motion was brought to the floor.

“Corruption hurts little people. If you heard those tapes and didn’t see anything wrong there’s something wrong with you,” said one speaker at the meeting.

Matassa’s sons urged the council to focus on the positive things they say their father does for the parish. Matassa has been indicted on bribery charges for allegedly offering a bribe to a man to drop out of a city council race. The meeting lasted more than two hours and attracted plenty of sparks from the dozens of people who voiced their opinions before the council.

“Y’all throwing the word ‘corrupt’ around, well I want to know how you describe corrupt,” Matassa’s wife, Selma asked.

The council voted 6 to 4 Thursday, saying they have lost confidence in Matassa and are calling for his immediate resignation. “It’s just that at this point we think that he’s got a lot on his plate that he can’t concentrate fully on the job that has to be done as parish president,” said Councilman Aaron Lawler.

Has anybody else noticed that political corruption in Louisiana seems to have exploded over the past couple of years? Maybe it’s always been there and we’re in a period where we’re finding out about more of it.