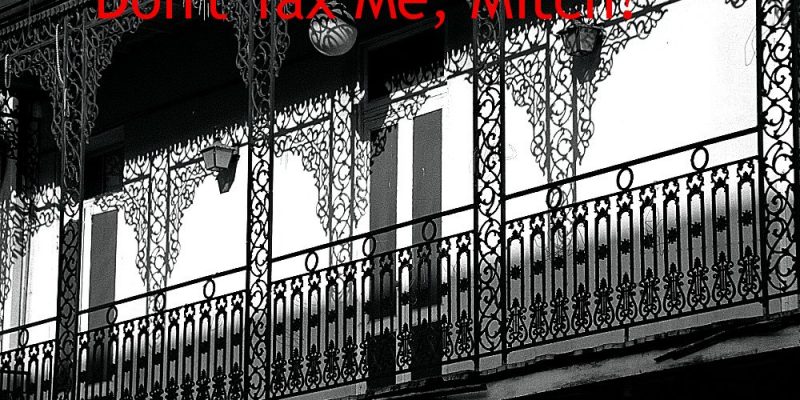 New Orleans Mayor Mitch Landrieu loves taxes like flies love crap. If it can be taxed, Mitch wants to get his cut.

That’s bad news for New Orleans homeowners with balconies. The city has on its books a rule that allows the city to tax balconies. However, it had not been enforced.

That changed with Mitch Landrieu. He wants the city to start taxing any balconies that hang over city sidewalks. He was going through with it until he was forced to halt his plans by protests.

City Hall will hold off for a month on charging New Orleans property owners for balconies, galleries, steps and other architectural features that encroach on city sidewalks, administration officials said Friday.

The fight over whether property owners must pay for the “air rights” for portions of their buildings that are above city property began in late 2015, when Mayor Mitch Landrieu’s administration began aggressively enforcing a policy that had been on the books for decades but largely ignored, especially for features that had been in place for decades.

Property owners who applied for city building permits suddenly found themselves forced to sign agreements that in some cases made them promise to pay thousands of dollars a year to lease the rights to those features, even ones that dated back centuries or predated the city streets themselves.

The issue has been particularly acute in the French Quarter, although properties citywide have been affected and residents from Carrollton and St. Roch spoke against the policy at a City Council committee meeting Friday.

Taxing balconies is absurd. That’s why the policy had never been enforced.

Mitch Landrieu is content to kill everything unique about the city of New Orleans. This is yet another example of that.

Interested in more news from Louisiana? We've got you covered! See More Louisiana News
Previous Article VIDEO: Trey Gowdy Simmers And Nearly Boils Over In Questioning Comey About Trump, Russia And Classified Leaks
Next Article Then There Is JBE’s Other Tax Increase Idea