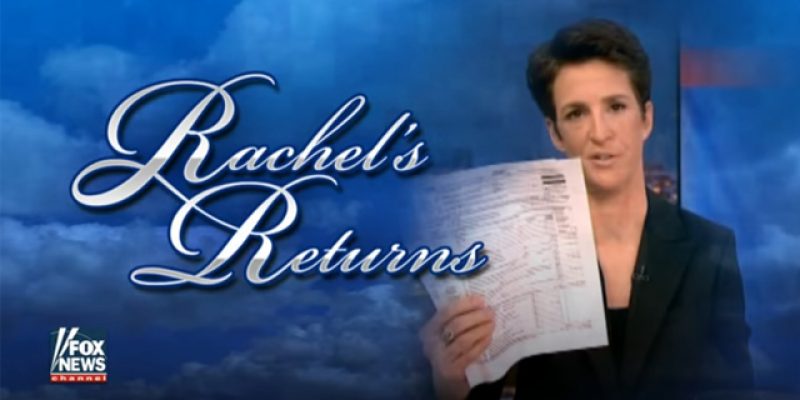 Everybody knows about the career destruction of MSNBC host Rachel Maddow Tuesday night, when she staged a Geraldo Rivera-in-Al-Capone’s-vault disaster and earned the ridicule of…more or less everybody.

But yesterday, Greg Gutfeld delivered the kill shot and covered Maddow in ridicule on The Five. It was glorious.

I said on Facebook yesterday that MSNBC needs to replace Maddow with Jeremy Wade, the star of River Monsters. After all, when Wade goes fishing he always seems to catch something.

Interested in more national news? We've got you covered! See More National News
Previous Article The Red Bayou Show, Episode 76 – Featuring RedState And The Hayride’s Joe Cunningham
Next Article Is Steve Carter A Sucker? Can He Be Cleaned Out At The Card Table?